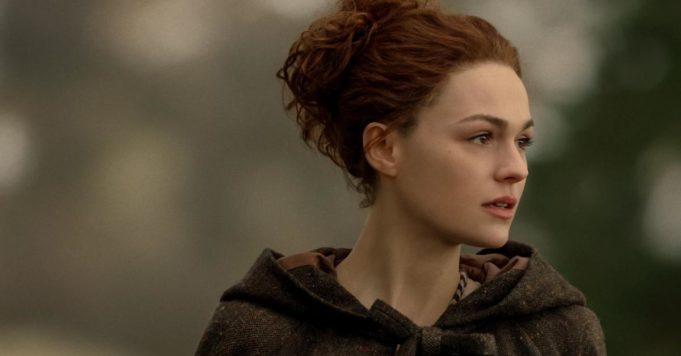 Brianna is the proud mother of a little boy born in the 18th century. Will Claire and Jamie’s daughter be pregnant again in Outlander season 6?

Love is at the heart of the Outlander saga. If the Fraser couple transports us, the one formed by Brianna and Roger is also an example of courage and love. They have gone through so many trials … Roger left all his comfort to throw himself into the unknown by crossing the stones to find the woman he loved in the past. He and Bree are now happy and have found some peace of mind in raising their son, Jemmy. If Brianna’s first pregnancy was not without drama and question marks after Bonnet raped her, is it possible that Claire and Jamie’s daughter is pregnant again in season 6 from Outlander ?

The readers of Diana Gabaldon already know the answer since in the novels Outlander, Brianna will be pregnant again and give birth to a baby girl. This pregnancy could take place in season 6 from Outlander. However, Bree and Roger’s daughter will suffer from heart disease and Claire will be powerless to cure her. Jemmy’s parents will have to make the tough decision to go back to the future in order to save their child. Suffice to say that the separation between Brianna and her parents promises to be heartbreaking and it is possible that all these events will take place in this season 6 of Outlander, but with the writers of the Starz drama series, you have to expect everything !