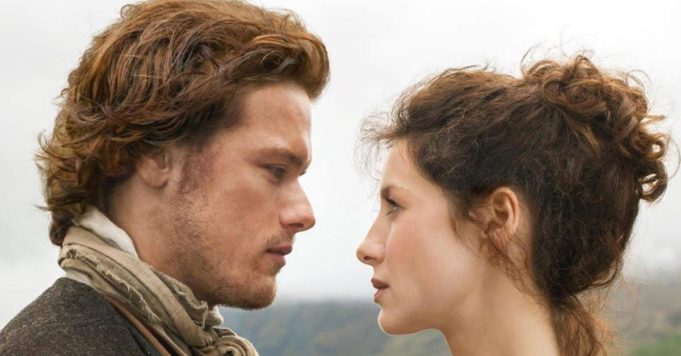 Could Sam Heughan and Caitriona Balfe be replaced by older actors to portray the characters towards the end of their lives in Outlander?

The Outlander series is gearing up to start work on season six. Since the very first season from Outlander, Jamie and Claire Fraser have been through many hardships and have grown older. When the series began, Jamie was in her early adulthood while Claire was in her twenties. In the Season Finale of season 2 from Outlander, the Fraser couple broke up before the tumult of the Battle of Culloden … They didn’t reunite until 20 years later in season 3 and Caitriona Balfe and Sam Heughan had to play older characters. In season 5 from Outlander, Jamie celebrated his 50th birthday when Claire was a few years older than him. With the passage of time at an incredible speed, Is it possible that Caitriona Balfe and Sam Heughan will be recasted by older actors?

Sam Heughan turned 40 this year and Caitriona Balfe is turning 41, so the duo play characters ten years older than them in Outlander. They’ve been aged using wigs, prosthetics, and makeup, but at some point they might be forced to switch actors … In Diana Gabaldon’s ninth novel, titled “Go Tell the Bees That I Am Gone”, which is the penultimate book of the saga, Jamie and Claire will be 58 and 62 years old respectively in 1779. Speaking on the unofficial podcast ofOutlander, Outcasts, showrunner Maril Davis spoke about the future of the series: “I keep saying as long as Diana continues to write these books, we will continue to do the series. How much longer everyone wants to do it, I don’t know and certainly in the new book, which will be released soon, I don’t know remember Jamie and Claire’s age, but they do. “.

The showrunner from Outlander added: “Sure, we might run into some problems at this point.” His words suggest the issue of age could become an issue in future seasons of Outlander, unless the two actors have more make-up to represent the Fraser couple as best as possible. While waiting to learn more, find out when the filming of Season 6 of Outlander could begin. In any case, even if Outlander is no longer part of the 2020 Series World Cup competition, continue to vote every day for your favorite series by clicking on this link …