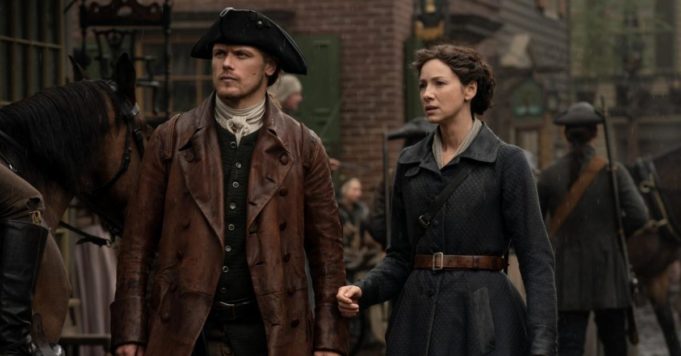 Outlander season 5 left us with a heartbreaking episode involving many questions that the sequel will absolutely have to answer.

Thanks the coronavirus. Not only, because of him, we found ourselves confined for months and we had the right to a summer placed under the sign of the mask and the anguish of a second wave, but in addition, he delayed the release of many films and series. This is particularly the case of season 6 ofOutlander, whose shooting was to begin in the spring and will not begin until the fall, thus delaying its release on our screens. And that has something to drive fans of the series crazy, especially after the last episode of season 5, which was rich in emotions, including the horrific aggression of Claire by Lionel and his men. Since then, we keep asking ourselves a lot of questions about Season 6 of Outlander and we really hope that it will answer these 5 questions in particular.

What will Claire’s healing path be?

In the last episode of Outlander season 5, Claire is kidnapped by Lionel and his men and brutally assaulted and raped, forcing her mind to retreat into a fictional world, in a 1960s house with her family and friends. . A traumatic event both physically and emotionally and whose consequences for Claire will be at the heart of the sixth season. We can’t wait to know how Jamie’s wife will heal and rebuild herself and most importantly, if she will be successful or if it will have consequences for a long time to come.

Brianna and Roger will they try again to return to their time?

While Brianna and Roger made the decision to return to the 70s with their son, their attempt to cross the standing stones near Fraser’s Ridge fails and they find themselves sheepishly returning home. Knowing that Claire had previously claimed that the stones attracted time travelers to where they were meant to be, referring to her own journey to meet Jamie 200 years in the past, what does that mean for the future? Will they try again? Roger, who is the one who most wants to go back to his time, will he abandon Brianna or will the couple just stay in the past?

Will Lionel Brown’s brother get revenge?

After saving Claire, Jamie captured Lionel and the man was ultimately killed by injection at the hands of Marsali. Towards the end of the last episode of the season, Jamie returns Lionel’s body to his brother Richard, who replies: “You did what you had to do”, not without adding: “Me too, when the time comes”. What could this mean for Jamie and the rest of the Fraser Clan? Is there more violence on the horizon? It would be surprising if Richard didn’t try to avenge his brother’s death in some way.

Will Fergus and Marsali learn the truth about Claire, Brianna and Roger?

In season 5 ofOutlander, Brianna and Roger attempted to return to the future and revealed the truth to Young Ian. Fergus and Marsali are part of the Fraser family but still don’t know the truth about Claire, Brianna and Roger’s origins, so could it be that they find out in season 6? The couple are really close to the Fraser family, even more so than Young Ian. and they have shown themselves to be trustworthy and loyal more than once. The fans would love to see this happen and see how they react.

What role will the Frasers have in the American Revolutionary War?

Fans have seen the Frasers face the first battles of the American Revolutionary War before, but how are they going to be some of the great historical moments of this revolution? It might be fun to see well-known characters like George Washington, who has appeared in Season 4 before, resurface or simply make an appearance. And what will be the consequences of their involvement? Could they change history like it did in the battle of Culloden, since they already know what’s going to happen?