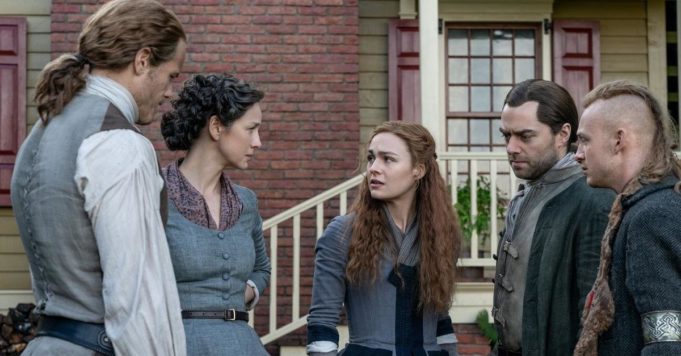 Outlander fans have been speculating on the end of the series for a while now. But will it end with the death of Jamie and Claire?

The fans from Outlander have been transported by the stories of the Fraser couple for six seasons. However, readers of Diana Gabaldon have known this family for many years through an exciting saga. If the followers of Claire and Jamie eagerly await to find them on the screen in season 6 of Outlander, others are already speculating on the end of the historical and romantic series. Diana Gabaldon will publish her penultimate volume from Outlander later this year and that leaves many questions unanswered … Is it possible that this planetary saga ends with the death of Claire and Jamie Fraser?

As the series continues, fans are increasingly worried about how this is all going to happen. After so many years with the Fraser family, the farewell promises to be heartbreaking. One of the big theories that worry viewers is whether Claire and Jamie could die at the end of the saga. Outlander. As fans know, the show has followed them throughout their lives until they get older, so it seems logical that this could end at the end of their lives.. Along with this, Diana Gabaldon has left clues about the future of the series’ flagship characters. If Jamie should still be alive, she sowed doubt about the character of Claire … It is therefore more than conceivable that the death of the heroine marks an end to the story. While waiting to learn more, find out if Young Ian’s plot will be explored in Season 6 of Outlander.