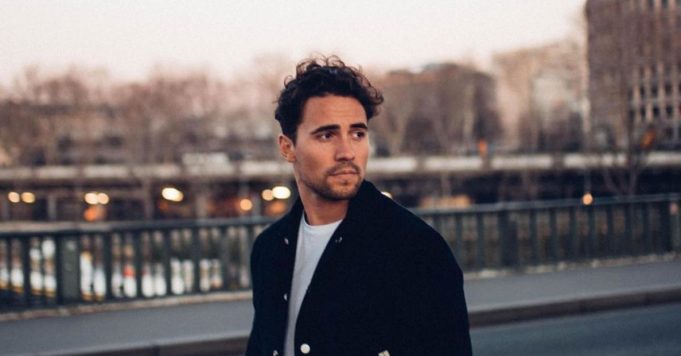 Olivier Dion, known for his participation in Dance with the stars 6 and his role as d’Artagnan in the musical Les Trois Mousquetaires, talks to us exclusively about his new album EXPOSED.

While Lady Gaga’s album A Star Is Born breaks records, Olivier Dion is back on the scene. The Canadian singer, known for having participated in Dance with the stars 6 on TF1 or more recently in The Island on M6, offers a new album on Friday May 24, 2019 entitled Exposed. Composed of 12 titles in English and French, the former d’Artagnan from the musical Les Trois Mousquetaires tells his story in music. After “Curious”, “Feels Right”, “Cold Winter” and “Kinda Love”, the artist recently proposed “Survivor”, a sensual and dancing title. Discover our exclusive interview with Olivier Dion, who has not finished talking about him in the coming months, like Rihanna, who has made big confessions on her next album.

melty: Hi Olivier! The French public knows you for your participation in Dance with the stars. Today, what memories do you keep of this experience?

Olivier Dion, Canadian singer: It was a bit unexpected to participate in Dance with the stars when I arrived in France. It was great, it gave me an incredible showcase. It’s true that people first knew me as an artist-dancer before they even heard me sing so I can’t wait for them to finally discover who I am.

melty: If an All Stars season is born on TF1, would you agree to participate?

Olivier Dion: Yes, I would love to relive the experience. It was a real challenge for me for ten weeks, it was not easy! It’s a lot of effort but I would like to resume today … To be able to dance every Saturday on television in front of an incredible audience is something that I would do for sure.

melty: In 2016, you played the role of D’Artagnan in the musical Les Trois Mousquetaires. Was it a turning point for your career?

Olivier Dion: Of course ! This is the project that took me to France, it was a new experience and a huge show with big resources. I was still able to do almost 150 shows in the zeniths, in front of thousands of people!

melty: How did you react to the public’s enthusiasm for your songs and the tour through France?

Olivier Dion: It’s cool, it happened a bit like magic … We worked super hard for this show there and it was incredible to live that. At the time people welcomed me as the guy who had done Dance with the stars and who played the role of d’Artagnan. It was great suddenly this love of the French public!

melty: On the music side, what are your influences?

Olivier Dion: I have always had very folk influences. I really liked the great romantic ballads à la Damien Rice. But as I got older I turned rather to the Pop universe. Right now I really like Khalid, The Weeknd, Billie Eilish … These kind of artists who have a slightly dark touch through their texts and their music.

melty: Who would you dream of collaborating with?

Olivier Dion: I would say Ed Sheeran. Because I think he’s a great artist. I really like his way of writing which is both simple and touching. I quite identify with his songs.

melty: You worked with the teams of Shawn Mendes, Dua Lipa, Bruno Mars and Amy Winehouse to come back with an album which mixes songs in French and in English. Why this choice ?

Olivier Dion: I had the opportunity to make an album in English and work with the best producers in the world, whether in Los Angeles or London. For me it’s a huge chance to be able to make my original songs in English but it’s also important for me to have titles in French. I always sang in this language and then while I was doing I decided to make more introspective songs. like with “Sometimes I’m afraid” that I wrote. But I wanted an international album!

melty: Of the 12 tracks on your album, which one grabs your attention the most?

Olivier Dion: It’s difficult to choose one … The album was designed to be listened to from A to Z. I started with “Feels Right”, which is a song that I love and I really like the vibe. I also love “Cold Winter” which has a slightly darker side with a big electro drop that I love.

melty: What is your song “Survivor” about?

Olivier Dion: It’s funny because it’s the first song I wrote when I came back from The Island (broadcast on M6, nldr) but there is no link between the story and the program. But it’s just that when I went to a recording studio in LA, the guys found that I had lost a lot of weight so I explained my adventure to them and I told them that I was a “survivor” and they thought it was a good idea to write a song.

melty: How did you end up working with the YouTuber Emy LTR, which appears in your clip “Kinda Love”?

Olivier Dion: She was the one who contacted me on my Instagram account a few months ago and then asked me if I wanted to play. I learned about her work and I find that she really offers quality content. She is the one who writes everything and produces her short films on YouTube and it really amazed me. I thought the story was very suitable for “Kinda Love”, which became the theme song for the short film “Perfect Love” by Emy LTR.

melty: A word for melty readers?

Olivier Dion: I salute the readers of melty who have supported me since the beginning of my career and I hope to meet you again soon!