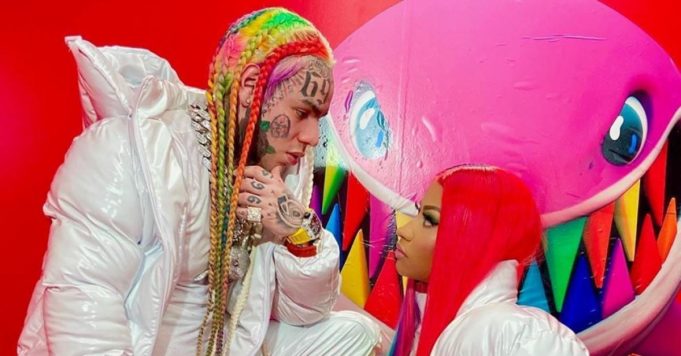 6ix9ine and Nicki Minaj unveil the clip for their new featuring Trollz.

While we invited you to discover which rapper has been the most listened to on Apple Music since 2015 between Jul, Ninho, PNL … we will now be interested in American rap with two artists you know well! It is 6ix9ine and Nicki Minaj. One year later Fefe, they decided again to collaborate together and we understand them since they are a hit. As a reminder, the clip of Fefe surpassed 872 million views on Youtube! And it looks like their new title Trollz take the same path. We let you discover the video just below and we’ll talk about it later in this article.

As you have just seen, 6ix9ine and Nicki Minaj have once again opted for a crazy and colorful universe. We expected no less from them! And apparently their fans are convinced. Indeed, Trollz ranked number 1 of sterams in the United States only nine minutes after its release! As for the clip, it already displayed more than 8 million views in 6 hours. We bet you will find this title in the next Billboard ranking and moreover we suggest you take a look at this week’s with The Weeknd, Lady Gaga, Drake, Dua Lipa and many others artists again. You will see, there has been a change.