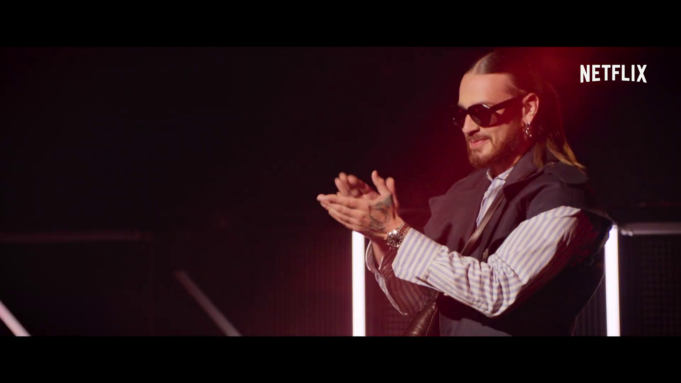 Emotion sequence in New schoolthe rap contest entertainment show currently airing on netflix. In the eighth and last episode, that of the final which was released this Thursday, June 23, 2022, the contender Elyon was ousted by the jury. This did not prevent the young rapper from warmly thanking one of the three members of the jury, CHS. A speech that very moved the Marseille rapper.

“I think there are words that are worth more than 100,000 euros”, begins Elyon, referring to the price that has just passed under his nose. “And, I’m telling you frankly, there are things you said to me on this show… I’ll never forget… All my life! You gave me rage and behind I will keep this rage. I will make you dream, thank you!“In front of him, SCH could not hide his emotion after this statement of rare sincerity. The rapper with mafia imagery held back a few hot tears behind his sunglasses. The latter did not say much but joined his hands in thanks. Shayrapper and juror of the show, even chambered SCH who was visibly very touched by this speech.

Let’s go back to the final after this tearful interlude. Elyon’s performance, although high-flying, did not completely convince the jury. In particular the rapped part judged ” too weak ” by Niska and Shay. For her part, the darling Leys, despite a show worthy of a professional rapper, did not conquer the trio of headliners either. All that remained was Freshwhich is, according to SCH, “stepped out of his comfort zone.” The rapper offered a performance a little hybridgoing crescendofilled with good gimmicks. For SCH, Niska and Shay the new star of New school it’s him. Fresh wins the competitionthem congratulations of the jury, the respect middle, the hype social networks and the tidy sum of €100,000… Who says better ?