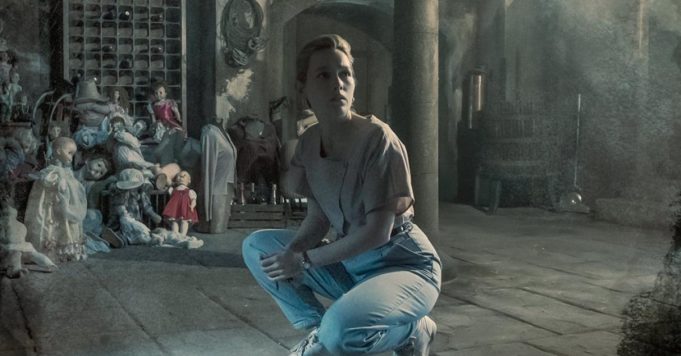 Notice to fans of The Haunting of Hill House series! The rest is finally revealed on the first scary images.

In 2018, Netflix introduced us to The Haunting of Hill House, the horror series created by Mike Flanagan. With his family as complex as they are endearing, his scary mansion, his terrifying ghosts, its twists and its engaging atmosphere, we quickly became addicted and we devoured the ten episodes of the first season in a very short time. So, of course, when we learned that a second season was looming, we jumped for joy. Entitled The Haunting of Bly Manor, this sequel should arrive by fall on our screens, for the Halloween period. And the first images of the series were unveiled on Twitter.

As you can see, finished following the Crain family, this second season of The Haunting of Hill House will revolve around a new family struggling with ghosts. And goodbye Hill House, hello Bly Manor, which looks very different from the Crain haunted house. We are dealing here with a sunny American stately home, with dolls that look very nice. These images also allow us to put a face on the new characters and to find in passing the actors of the first season, Victoria pedretti, Henry Thomas and Olivier Jackson-Cohen. When will the trailer give us a better idea of ​​the plot?