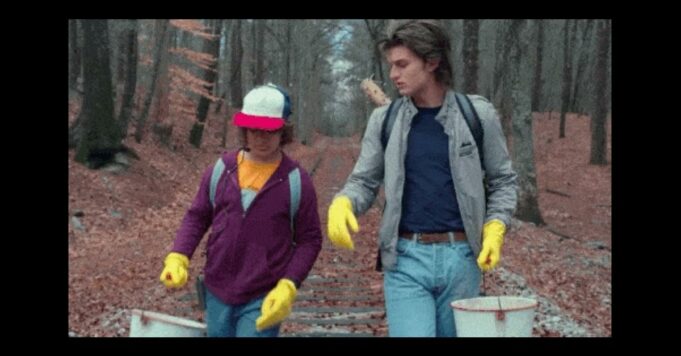 Among the list of highly anticipated projects, All Fun and Games takes pride of place. It must be said that AGBO is counting on the great popularity of two well-known comedians on the small screen to ensure success. Indeed, the studio has decided to surround itself with Asa Butterfield (Sex Education) and Natalia Dyer (Stranger Things) for his next horror film. Even if we don’t know for the moment that little about this project, the fans are already in heaven. This thriller will be largely inspired by the codes put in place by the series Squid Game. On the menu: dangerous children’s games and a bunch of friends in trouble.

The pitch? A group of siblings who find themselves embedded in a series of children’s games with a demonic twist. You will find playground classics such as Jacques said or The hanged man. Except that in this version, each part will see its share of dramas and deaths. Above all, this project wants to convey a strong message. Indeed, the producer wants to denounce the sometimes violent excesses, the harassment and the bad influence of television on our dear darlings. All this augurs a thrilling and violent thriller with a good dose of suspense!

All Fun and Games: a breathtaking thriller!

“Asa and Natalia are perfect for the film. With guidance from Joe, Anthony and AGBO, there’s no doubt this will be a great moment for fans.” explains the production team. Indeed, the two actors are followed by millions of teenagers around the world. Enough to augur a pharaonic audience success for this breathless project. In the meantime, Dyer will star in the fourth season of Stranger Things on Netflix. For its part, Butterfield will participate in Curs>r (we let you pronounce it) on the same platform. This new generation of actors has not finished surprising us!