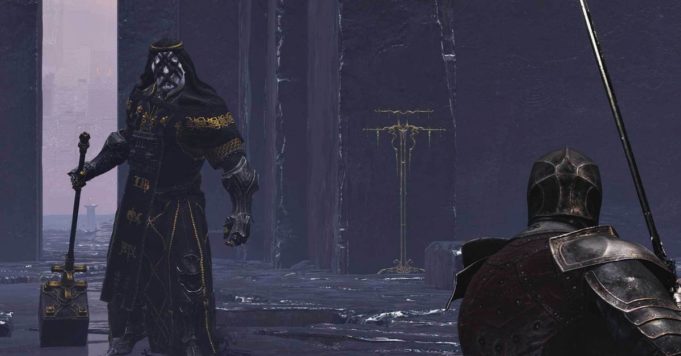 We come back to all the important JV releases planned between today and August 24th. And for the first time in a while, we have something to eat, and for all tastes!

Mortal Shell was presented a few weeks ago, and has established itself as the most anticipated Dark-Souls Like of this year 2020. Be careful, this time, it’s not From Software, but Cold Symmetry who took care of the development of this game which seems to offer a very special, very dark atmosphere. Like the Dark Souls games, Mortal Shell will feature gameplay emphasizing reflexes and die & retry. It will be available starting tomorrow, August 18, on PC, PS4 and Xbox One.

The return of a great game

Rogue Legacy was released 7 years ago, a game that quickly became one of the references of Rogue Like alongside games like Binding of Isaac or Enter the Gungeon. Here it is making its comeback for a second opus which broadly resumes what made the success of the first episode: exploration of a procedural and random world, with the possibility of choosing his heirs and their particular attributes as soon as one dies, to resume a new run. Rogue Legacy 2 will be available tomorrow on PC, and a little later on consoles.

If you love airplanes, and have always dreamed of flying but unfortunately do not benefit from a 10/10 view for each eye, then the Microsoft Flight Simulator series is undoubtedly a of the best options available for everyone. From August 18, we will thus be entitled to a new opus of the flight simulation franchise, which promises an even more engaging immersion and ever more realistic graphics.

A reboot that pleases

It’s hard to remember, but Battletoads was one of Rare’s early misdeeds, long before Donkey Kong Country. At the time, it was an extremely difficult game, but it has nevertheless gained a certain cult status over the years. And now the series is back on August 20, on Steam or Xbox One. The opportunity with this reboot to discover for those passed by the characters of Rash, Pimple and Zitz.