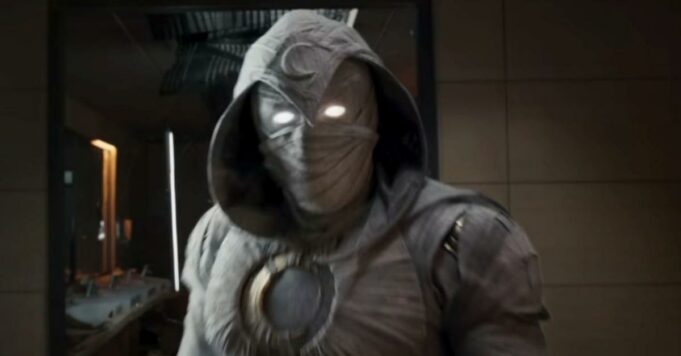 The promotion of the next Marvel series Moon Knight in full swing at Marvel Studios. While a TV spot was broadcast last night on the occasion of the Super Bowl, new elements lead us to believe that Moon Knight will definitely be the bloodiest project in the MCU. Indeed, Marvel Studios has always been pretty soft on their posters where Moon Knight go up a notch. The posters reveal the lawless killer side of Oscar Isaac since at the end of his moon-shaped blades bloodstains appear. Something that didn’t exist in the MCU until now…

A TV spot for the series ‘Moon Knight’ has been unveiled! pic.twitter.com/WECft9t03E

Kevin Feige, the big boss of the MCU, has also confirmed that Moon Knight would not be as soft as previous projects. He confides in Empire : “He’s brutal. It’s been fun working with Disney+ and seeing the boundaries shift on what we’re capable of doing. There are times [dans la série] where Moon Knight goes after another character, and it’s loud and brutal, and the knee-jerk reaction is to say: “We’re going to back down, huh? No. We’re not backing down. There is a change in tone. It’s a different thing. It’s Moon Knight.” A series that will do justice to the character of the comics who wants to be very violent and with almost no morals.

Moon Knight wants to be different and far from what we know. It’s also the first series to actually talk about mental health, although we’ve had some glimpses with Iron Man, Marc Spector’s troubles are the main points of the series: “It’s risky.” admits Oscar Isaac, “He’s an obscure hero, and the things we’re dealing with are very different. But because it’s a limited series, rather than a movie, the pressure isn’t there to make sure the opening weekend be huge. We are able to take more risks, to bring this experimental quality to scale.” Marvel Studios likes to take risks, will they pay off again? Answer on March 30 on Disney+.