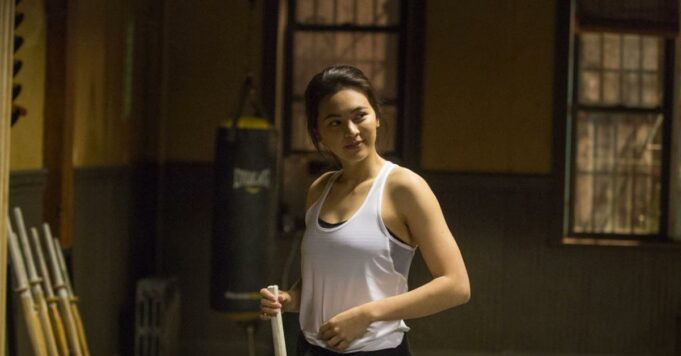 The actress soon to the poster of Matrix 4 took advantage of an interview to tease her mysterious character.

Matrix 4 is one of the cinema events not to be missed this year! And for good reason, between the return of Neo and Trinity and the arrival of new characters, the blockbuster directed by Lana Wachowski has something to envy. If for the moment the production has not revealed the precise roles of the new distribution, that did not prevent one of the new recruits from teasing his character. Indeed, during an interview with Empire, Jessica henwick, revealed some interesting clues about his place in the feature film, while also highlighting his love for the famous sci-fi franchise.

“I grew up thinking the Matrix was one of the coolest things ever.”, the actress first said before continuing: “The firing bullets, the multiple agents, the pills and the bunny! When I signed, I said I would like three things. A leather jacket, sunglasses and stunts. I was able to get it. two of these three, it’s up to you to guess which ones.” What promise a lot of action for Jessica Henwick while her description seems to correspond to a role close to that that Carrie-Anne Moss had in the first part of the franchise. If the actress also underlined the intensive training through which she had to go, the mention of a black leather jacket recalls the look of Trinity in the saga. Unless the glasses and his mastery of martial arts are ultimately clues as to his role vis-à-vis the Matrix, Agent Smith (Hugo Weaving) being moreover absent from Matrix 4 ! To find out, we will have to wait until December 15, 2021, the day of the blockbuster’s theatrical release.