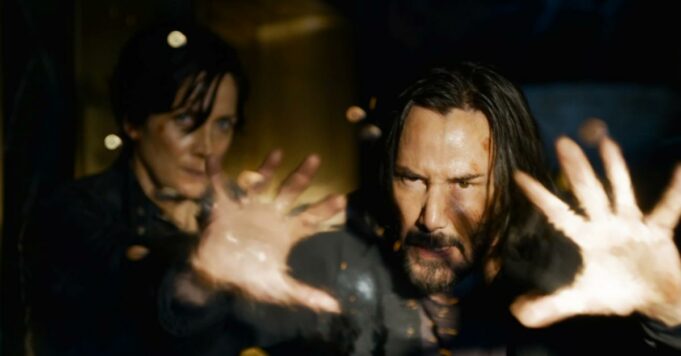 The Warner has unveiled new images of Matrix 4, here is what they could teach us about the film.

Several months ago, we discovered the first trailer for Matrix 4. The opportunity to find Keanu Reeves and Carrie-Anne Moss in the roles of Neo and Trinity in front of the camera of Lana wachowski. Expected on December 22, the film is still very secret. We still do not know anything about the exact plot or the intentions of our characters. Fortunately, to wait until the release of the film, Warner did not hesitate to unveil a new teaser, the latter containing unpublished images of the film.

A new #TheMatrixResurrections teaser has surfaced and features some new footage. pic.twitter.com/YMmMDzjbWS

As you can see above, we find Neo facing Trinity, an image already teased in the first trailer, except this time we see the hacker disintegrate into a program of the Matrix. Are we to understand that half of Neo would be definitively dead? Could the Matrix have created a program out of Trinity? Given the teasing around heroin cloning, this appears likely. The same goes for Morpheus, to whom Yahya Abdul Matteen II will soon lend his features. In the teaser, we can see this new version of the hacker, as a program, this pushing us to wonder about his origins but also his intentions.

The latter could indeed be a malicious program. We also see Neo confronting him, in reference to one of the mythical scenes from the previous trilogy. We can also hear Neo say “I’m tired of fighting”, an element that could have teased the future confrontation of the two characters in Matrix: Ressurections while the film promises us great moments of action, judging by the motorcycle chase and the deployment of the powers of our characters. So many elements that will have enough to arouse our curiosity about the sci-fi blockbuster that we look forward to discovering in a few weeks!