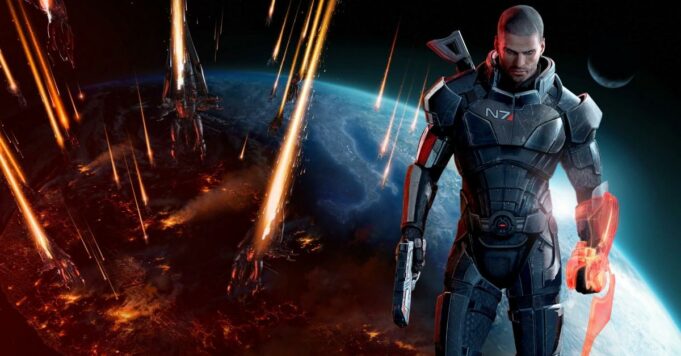 Scheduled for next month, Mass Effect: Legendary Edition is revealed today more through a more than detailed post from BioWare. This reflects on the many improvements made to the gameplay within this remastered trilogy, which will also include some new features for the occasion.

Announced at the end of 2020, Mass Effect trilogy remaster is one of the most anticipated releases by gamers for this first half of 2021. Two months ago now, BioWare was also raising the hype by unveiling the first images of this Legendary Edition, whose arrival is scheduled for May 14 on PS4, Xbox One, PS5, Xbox Series X | S, and PC. And as we get closer to the fateful moment, the studio now wants to tell us more about what to expect in this compilation. To start with gameplay improvements and novelties, which were the subject of a extremely detailed article on the Electronic Arts website, which publishes the game.

The development team begins by discussing the improvements made to the combat experience, which has been harmonized across all games in the trilogy in order to make everything more coherent and above all fairer. Mass Effect first of the name was the most concerned at this level since it benefited from a improved weapon accuracy and aim assist, but also a rebalancing for capacity utilization and D’adjustments for melee, inventory management, and more. The approach to some fights, including bosses, has also been reviewed but according to BioWare, this should not confuse fans. Finally, the roofing system has been optimized while experience gain will no longer be limited.

Particular emphasis was placed on getting started with the Mako in the first opus, which was drastically improved to make driving much smoother thanks to better road holding and better camera management. The reloading of the vehicle’s shields was accelerated for the occasion whilea new feature will make its appearance, the thrusters, which provide a temporary boost that is particularly useful for overcoming steep slopes. Always in the idea of ​​offering a more unified experience for the three opuses, Mass Effect: Legendary Edition will offer the same customization options for Shepard from episode to episode, however, offering the player the possibility to change them at the start of each game.

More complete than ever, the title will offer in passing new customization options, such as skin dyes or additional hairstyles, any including all DLCs and expansions that exist to date. Finally, Mass Effect 3 will benefit more particularly from a rebalancing at the level of the Galactic War, which will now take into account all the choices made in the trilogy to determine who will fight alongside Shepard when the time comes. A non-mandatory aspect but strongly recommended by the developers, especially now that certain external factors are no longer taken into account (such as multiplayer, not included in this remaster).

Of course, as you might expect, BioWare took the opportunity to correct many bugs which could punctuate the gaming experience in the original episodes to make the whole thing more enjoyable to play. Mass Effect: Legendary Edition will allow us to discover the trilogy in a more harmonious way at all levels, including the sound part which has been optimized for the occasion.. Not to mention the visuals, which will also be the subject of a new detailed presentation like this one next week on the EA website. The appointment is therefore made. And until then, you can still dive back into the latest opus, namely Mass Effect: Andromeda, at a mini price thanks to Eneba.