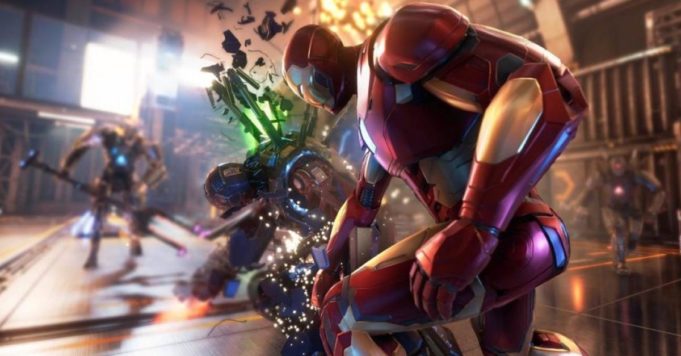 We come back to the most anticipated JV releases of the week, including a lot of sports simulations, but also a Triple A eagerly awaited by fans of the Marvel universe.

It’s back to school, and you can feel it! After a few weeks of famine on the side of the triple A, we will be entitled, from this week, to several big games expected by many players around the world. And more especially, for sports game enthusiasts. These are not one, not two, but indeed three sports simulations that will now be available this week! And of course, we start with Square Enix’s game, Marvel’s Avengers, which will be available very soon.

The most anticipated game of the week

Without a doubt the most anticipated game of the week, Marvel’s Avengers will allow players to play as their favorite heroes in gameplay between beat’em all and action / rpg. The scenario will be completely new for the occasion, and we can perform the campaign solo or in co-op for up to 4 players. This promises great gaming sessions from September 4, namely Friday.

A new opus for the basketball license

The new basketball game is about to hit just about every platform available, before hitting next-gen consoles as soon as they hit the market. For this new opus, we will be able to take advantage of the new NBA rosters for the 2020/2021 season. NBA 2K21 will be available starting September 4, next Friday.

The return of classics in remaster

This remaster of Tony Hawk’s Pro Skater and Tony Hawk’s Pro Skater 2 games could well allow the license to rise from its ashes! This is an opportunity for the saga to go back to the roots of what made its success: arcade, anything big, and a lot of skateboarding. This collection of remasters will be available from September 4 on PC, PS4 and Xbox One.

And once you’ve spent enough time on the basketball court, and after destroying your knees while skating, you can try something even more dangerous: rallying! WRC 9 is the new game in the world rally championship series. For the occasion, three new events: the Kenya Safari Rally, the Japan Rally and the New Zealand Rally. The game will be available from September 3, namely Thursday.

Paradise Killer is the little curiosity of the week. This open world investigative game offers the player the chance to solve murder cases, all with a very original art direction. The game will be available from September 4, namely Friday. Perfect for those who may have liked the Phoenix Wright or Danganronpa games for example.