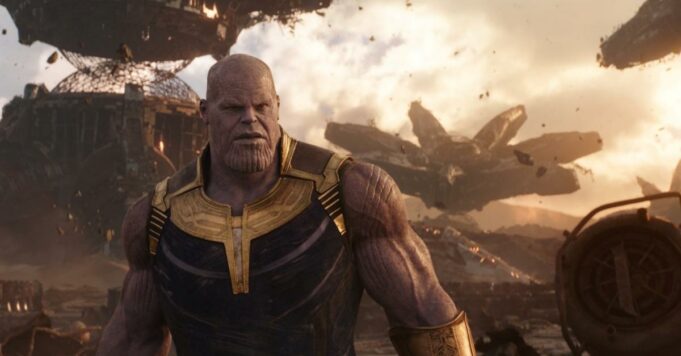 Several clues in the first two episodes of the Hawkeye series could have teased the arrival of a global movement in the MCU.

The first two episodes of the series Hawkeye landed on Disney + this week. The opportunity to find Clint Barton in his own adventures and to introduce Kate Bishop in the guise of Hailee Steinfeld. Our two heroes will have to combine their strength to counter the New York mafia determined to make the former Avenger pay for his past as Ronin. The series carried by Jeremy renner also allowed us to learn more about the post-Avengers: Endgame, a detail that particularly caught our attention. We want to talk about the movement “Thanos was right” that we could see in the form of graffiti on the edge of a urinal but also on a mug.

If this could just be a nod from the House of Ideas to the Russo Brothers movie, another theory would be that these elements teased the upcoming arrival of the Universal Church of Truth in the MCU. In the comics, this alien religion has often been associated with Adam Warlock and the Magus, an element that may already be in development at Marvel, given the upcoming arrival of Adam Warlock (Will Poulter) in the MCU. Here, the company’s apparent obsession with Thanos ‘ideology could then be a springboard for the introduction of such a sect, with Marvel Studios being able to choose to reverse the Magus’ stance, making him the replacement for the Magus. Crazy Titan.

At some point, this movement could turn into an organized effort but also go beyond a simple Earth gathering. After all, if there are radical ideologies on Earth, chances are they are present on other planets as well. This could therefore favor the arrival of the Universal Church of Truth. Given the many issues raised by the presence of Thanos in Avengers: Infinity War and its snap, already featured in Falcon and the Winter Soldier, it is possible that the arrival of this sect symbolizes a new stake vis-à-vis the consequences ofEndgame. To be continued !