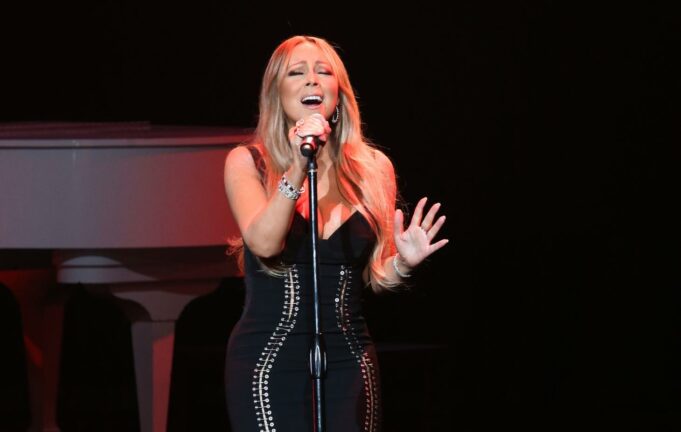 Bad news for Mariah Carey! The American singer is accused of plagiarism for her title “All I want for Christmas is you”. Discover without further delay the details of this case.

It is arguably one of the most famous songs in the world. Released for the first time in 1994, the title “All I want for Christmas is you” interpreted by Mariah Carey keeps reappearing during the holiday season, flooding our social networks. The latter is so successful that he has reached the first place on the list Billboard Top 100 in 2019 and 2020, which had not failed to surprise the famous singer. In short, you will understand, no one gets tired of this title very quickly become unavoidable.

If Mariah Carey is absolutely delighted with the success of her Christmas song, she will however very quickly become disenchanted. Indeed, the 53-year-old American artist is accused of plagiarism by a man who asks him $20 million in damages, just that ! Andy Stone of Vince Vance and the Valiants claims he co-wrote and then recorded a song of the same name in 1989, but never gave permission to use it. He accuses Mariah Carey of having done everything to “rape” its copyright.

Indeed, according to the complaint obtained by The PostMariah Carey and the song’s co-writer “All I want for Christmas is you” have “knowingly, deliberately and intentionally engaged in a campaign to infringe copyright of Andy Stone on the work…for commercial gain, personal gain and unjust enrichment of defendants and irreparable harm and financial loss” from frontman Vince Vance and the Valiants. All this despite the fact that the two titles do not look alike. Even today, Mariah Carey, her co-author and Andy Stone have not “failed to reach an agreement. »