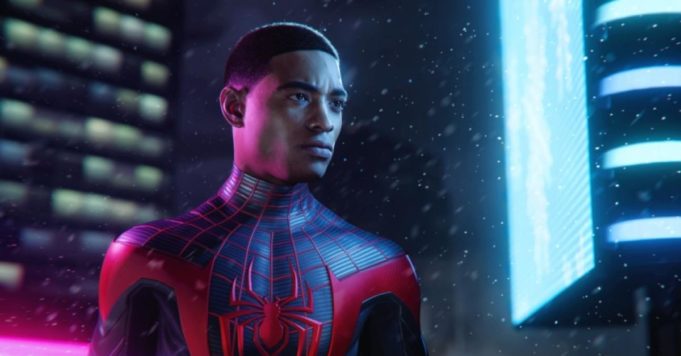 Marvel’s Avengers and Marvel’s Spider-Man: Miles Morales will make their debut this year on our PCs or consoles. In preparation for these big releases, teams from both games have delivered a ton of behind-the-scenes details and their heroes in the columns of Entertainment Weekly. We give you the summary.

This year, some of the greatest heroes of the Marvel Universe will be back in two big productions: The first is Marvel’s Avengers, from Crystal Dynamics studio, which you surely already know from the Tomb Raider saga. Hulk, Thor, Captain America or even Iron Man will all land September 4 on PC and consoles. The second is called Marvel’s Spider-Man: Miles Morales, a standalone from Insomniac Games in which the hero of the Spider-Man New Generation movie puts on the costume; the title is scheduled for PS5 at the end of 2020. The protagonists of the Marvel cinematic universe are thus at the center of video game expectations. But the first to have joined a production of such magnitude, let us remember, is Peter Parker in Marvel’s Spider-Man, released in 2018 on PS4. John Paquette, its author, explains that the objective was to “design an experience that feels like you’re playing a Marvel movie“. Peter thus becomes the star of the best-selling superhero game of all time, with more than 13 million units sold.

Suffice to say that Miles Morales is particularly expected at the turn. And if you were disappointed to learn that this will only be a standalone, artistic director Brian Horton still wants to reassure you: it will be above all a “full arc” on the rise of the young hero. Little reminder on the story, it will take place a year after the events of the first game, in Harlem. The district of Miles is then plagued by a confrontation between an energy company and a terrorist group armed to the teeth. Here, Horton hopes to give us a narration “a little more dense” for a story “emotionally impactful”. And expect to embody a protagonist quite different from his predecessor. Miles Morales will be entitled to his own animations, movements, and powers, such as invisibility or the bioshock ability. The art director notes another point about the character: “What I find really fascinating about the character of Miles is that he has friends that he could let into his world – his human world and his Spider world. He’s a little different in the way he is. ‘tackle things. “

And since we are talking about a spin-off, why not mention possible crossovers? Well for Bill Rosemann, vice president of Marvel Games, this is clearly not a target that is in the news: “Right now our plan is to keep each game in its own Marvel Universe “. That won’t stop Spider-Man from taking a detour into Marvel’s Avengers as a PlayStation-exclusive DLC character. And concerning this game besides, the director of Crystal Dynamics, Scot Amos, explains to us that the project took a long time to germinate. Initially, the development teams had more in mind to remodel mobile games. But several years later, they finally stepped back into 80 years of Marvel history, “through all the comics“. “We just said there was so much to do”, explains Amos.

One character caught the team’s attention a lot, Kamala Khan, first appeared in the Captain Marvel comic in 2013. Pakistani teenager from New Jersey, she is notably able to change the size of her body and take on the appearance of someone else. In the game, she will try to reunite the Avengers, separated following a tragic event.. Rosemann explains: “She has her own inner struggles. She is a fan of superheroes, especially the Avengers. She’s trying to figure out who she is. It looks a lot like a player. She is someone who is now in a world of change where she becomes a superhero, she is looking for mentors. She really met her heroes“. The full interview is available on EW. While waiting to discover the game in detail, we invite you to find our preview of Marvel’s Avengers. And for more next-gen news, we list all the new accessories of the PS5.