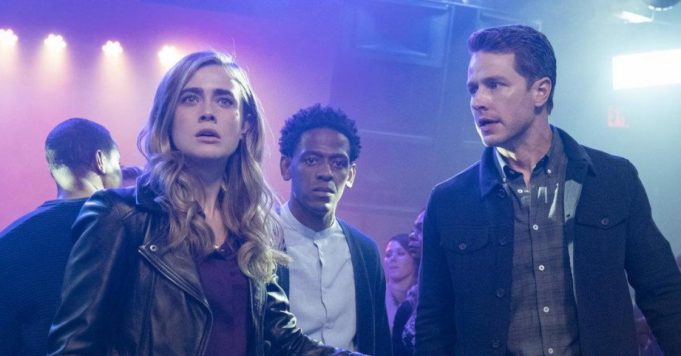 Good news for all fans of the NBC series! Manifest has just been renewed for a season 3 and we still have many mysteries in store.

The suspense has lasted long enough. After long months of waiting, NBC has given its verdict. Manifest has been renewed for season 3. Our expectations have therefore been rewarded and the Stone family will still be able to face lots of new dramas. The Season Finale of season 2 of Manifest ended in a huge cliffhanger. If Zeke has apparently survived his “date of death”, fishermen found part of flight 828 under the ocean. But then, what really happened to Ben, Michaela, Saanvi and the other passengers on this flight? Are they dead? Season 3 of Manifest should give us some answers, at least we hope so!

This Monday, June 15, the network officially renewed Manifest for a third season and also announced that three series, Sunnyside, Bluff City Law and Endbted were officially canceled after one season. The mysterious drama of NBC has seduced its fans who want more. The mysteries that surround the Stone family, Zeke, the passengers of flight 828 and all the other characters are still too important and too numerous to be solved. One thing is certain, it is that the scriptwriters should reserve new surprises for us in season 3 of Manifest but for the moment, no details or release date has been revealed.