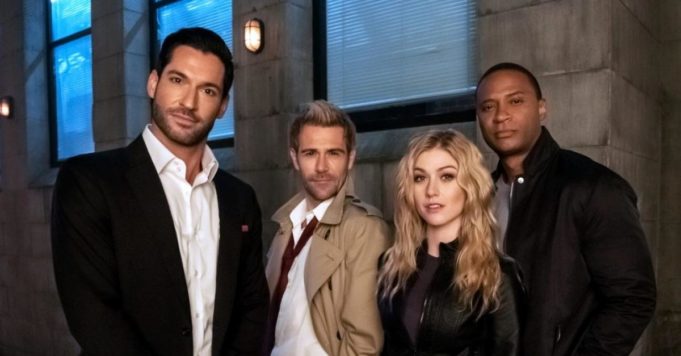 Lucifer’s coshowrunner reveals if a crossover with the Arrowverse could wrap up the series’ story.

If the fifth season of Lucifer has still not been fully disclosed on Netflix, some fans are already wondering what the final part of the show might look like. It is not yet known if Michael will still have a place in the sixth season of Lucifer, but we know for sure who will not have it. Interviewed by TV-Leisure about potential crossovers to close the story of the series, coshowrunner Joe Henderson revealed it wasn’t in his plans at all : “We’ve thought about it, but right now we’re not going to do it. The truth is we have 10 episodes and we already have our character stories to finish. We want to leave in style!”

Note that what particularly interested the fans in this story was to see Lucifer again in the company of Constantine. Unfortunately, we must also forget this idea: “We’ve talked about it. But right now it’s not on the schedule. Again, we have 10 episodes and we want to do our characters justice and give them a chance to shine. We’re not done. write the season and never say never, but right now we’re focused on our characters and their stories. And there are so many funny things to tell. “ These recent comments also reveal in passing that the final season will be shorter than the fifth: only 10 episodes will be available. Due to the delay on the shoot due to the Covid-19, also expect them to be shorter than usual: around 40 minutes each. While waiting for the release of an upcoming trailer for the final episodes of Season 5, keep voting for your favorite series at the 2020 Series World Cup.