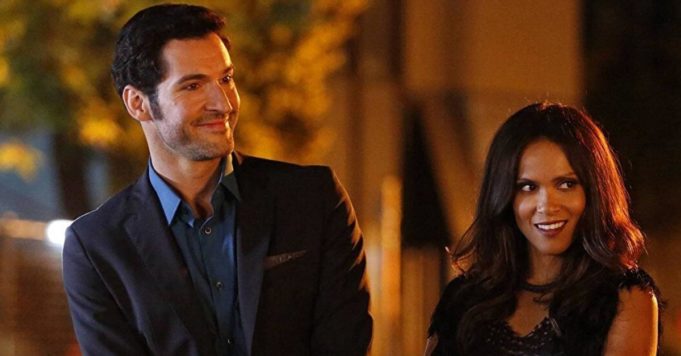 After long negotiations, Tom Ellis has signed a new contract for season 6 of Lucifer. Could this sequel focus on the origins of Maze and the Devil?

Dreamed for many years by the Lucifans, season 6 of Lucifer should finally see the light of day, because Tom Ellis has just signed the contract! Before discovering this new burst of episodes, fans eagerly await the broadcast of the fifth season on Netflix. Originally planned as the final chapter of Lucifer, season 5 was to end the adventures of Maze, Lucifer, Chloe and the others. With a sequel in the works, will showrunners embroider a tailor-made intrigue or go on a season based around Maze and the Devil? Indeed, even before the sixth part entered into negotiations with Warner and the actors, it was rumored that this next burst of episodes would focus on the origins of our two favorite demons. Good or bad idea ?

Given that the script for season 5 planned to conclude the narrative arc of the characters, we are a little reluctant to discover a sixth season shot as a direct sequel. Showrunners and actors were teasing an ending “memorable, satisfying”, which would delight each member of the adventure. Should we review the glorious intrigues of the characters? This next batch of episodes will be broadcast in two parts: the first has already been filmed, the second has been delayed because of the coronavirus epidemic. Anyway, the script was already finished well before the rumors around the sequel became official. It would therefore be complicated and not really wise to rewrite the conclusion at the last moment and in a hurry. This is why the idea of ​​offering a derivative season around Maze and Lucifer seems to be the right compromise.

Without necessarily talking about compromise, a plot centered on the past of Maze and Lucifer seems extremely interesting. To become servants of evil, these two heroes must have experienced many disappointments. What pains encouraged them to go to the dark side? How did they experience this change? How did their beginnings take place in Hell? Why did they become friends? This new burst of episodes could show us how Maze and Lucifer were “normal” people before entering the world of demons. Their “human”, even sensitive side has been shown many times elsewhere in the series, while it is indicated that this type of creatures is not supposed to feel anything. To shoot a season 6 as a prequel to the lives of Maze and Lucifer would not damage the credibility of the series and explore a new facet of the two main characters of the plot. After seasons 5 and 6 of Lucifer, Maze could also be the subject of a spin-off!