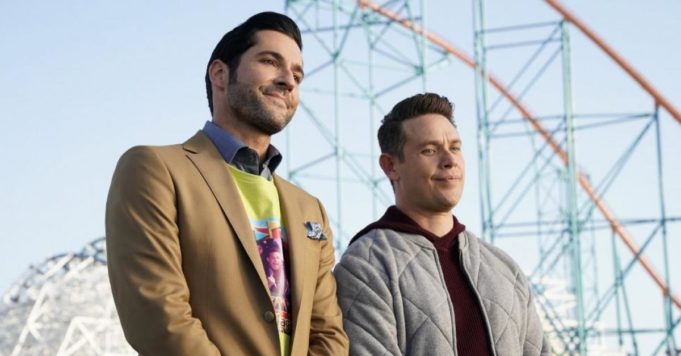 Season 5 of Lucifer leaves much to be desired but many theories have emerged … The latest is Dan and it could be tragic for this character!

In the Season Finale of season 4 of Lucifer, Chloe confessed to the devil that she loved him while the latter revealed to him that she was his first love. After such a declaration and a passionate kiss, Lucifer had to leave Earth and return to hell in order to keep the world safe. While waiting for the arrival of season 5 of Lucifer on Netflix, many fans have started to develop theories based on filming photos and sayings of showrunners. In a number of recent photos, viewers became convinced that they saw Dan Espinoza take a terrible turn and be killed. In addition, clues pointing to Lucifer meeting someone in hell have led fans to believe that someone would be killed to meet him in the afterlife … But then, will Dan find the devil in hell in this season 5 of Lucifer ?

With the evidence mounting against Dan, it looks like he could be the next major character to be killed in season 5 of Lucifer. Furthermore, if Trixie’s father were to be killed, his journey would not end there. As fans know, heaven and hell are real in the world of Lucifer, so Dan will likely end up in one of two places. And, during a debate on Dan’s fate on Reddit, fans decided that he could end up in hell, and therefore meet Lucifer. He is one of the few people who do not yet know the identity of Lucifer. So what better way for Dan to find out than to find him in eternal damnation? Doubt hangs but this remains an interesting possibility … Until we know more, find out if Maze and Lucifer are destined to end up together in the diabolical series!