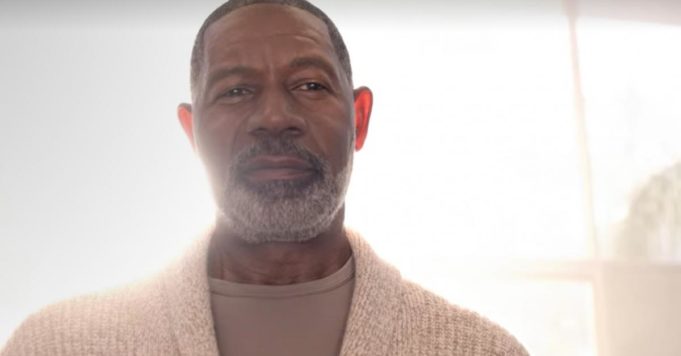 The long awaited character of Lucifer landed in season 5 of the evil series … But what was the reason?

Spoilers Alert! We warn you, what follows in this article contains spoilers on the first part of season 5 of Lucifer! Episode 8 of the evil Netflix series ended with a massive cliffhanger … As Michael wreaked havoc in his twin’s life, Lucifer, a heavenly family feud exploded, requiring the most intervention. Divine. Lucifer’s father, Amenadiel and Michael therefore intervened to calm his sons. Suffice to say that the Lucifans have been waiting for this appearance since the very first episode of Lucifer ! But then, why did God (Dennis Haysbert) land at this precise moment in this season 5 of Lucifer ?

While Lucifer would finally (at least we hope) confess to Chloe that he loved her, a hell of a twist has emerged in this season 5 of Lucifer. Amenadiel, dominated by his anxiety about Charlie, froze time and that’s when Michael and Maze landed. As harsh words were exchanged between the Four Heavenly Figures, an intense two-on-two fight began. Maze was allied with Michael, still furious with Lucifer but the devil managed to knock her out. The real battle then began between the three brothers spreading their wings. This scene was mythical but was interrupted by the voice of all voices, that of God, putting an end to this fraternal fight. “That’s enough!” he exclaimed, appearing on the landing of the stairs, bathed in light. Having caught the attention of his sons, God continued with a sparkle in his eyes: “Kids, you know I hate it when you fight.”. Suffice to say that this announces a season 5B of Lucifer downright intense and full of mysteries!