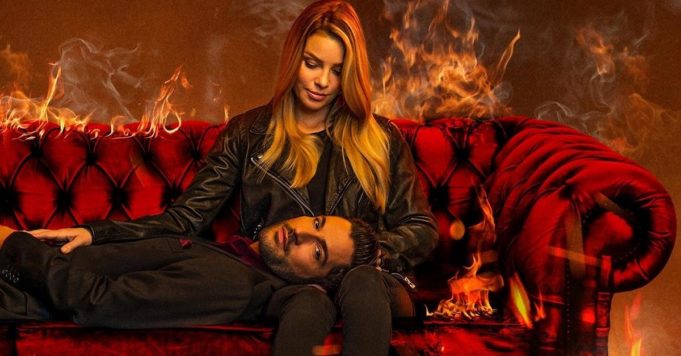 The first part of Lucifer season 5 has just been unveiled on Netflix and fans are already wondering … When will part 2 be released? Tom Ellis gave some clues!

Since August 21 at 9:01 am, the first part of season 5 of Lucifer is available on Netflix. What a joy to find Lucifer and Chloe on our screens. Additionally, the Lucifans met Michael, the Devil’s twin brother, which resulted in a double dose of Tom Ellis onscreen. Episode 8, which ended the first part of this season 5 of Lucifer, ended with a huge cliffhanger since God landed on Earth to calm his sons. The sequel promises to be intense and overwhelming for our favorite devil with the arrival of his father … But then, when will this second part of season 5 of Lucifer on Netflix?

Tom Ellis shared an update on the Season 5B release of Lucifer. During the podcast Pilot TV, the interpreter of Lucifer Morningstar revealed: “The second eight episodes, I don’t know when they’re going to drop because we haven’t shot the finale yet. We were about halfway there. So we go back, we start with that, then we go straight to season six. So I hope it’s ready to go, I imagine, somehow at Christmas or early next year. “. The wait promises to be unbearable, but according to Tom Ellis, we could expect a devilish Christmase if Netflix decides to release Lucifer season 5B during the holiday season. In the meantime, don’t forget to vote for your favorite series during the 2020 Series World Cup by clicking HERE!