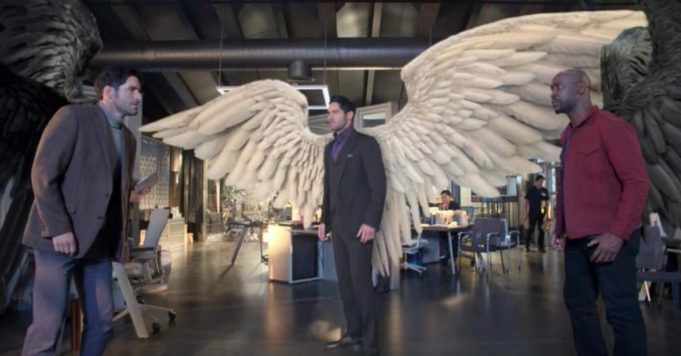 The Devil could be responsible for Michael’s injury, which is why his twin brother is so angry with him in Season 5 of Lucifer, currently available on Netflix.

The first part of season 5 of Lucifer sure Netflix revealed Michael as the main antagonist. While it will certainly always be presented as such in the rest of the series, some fans are still unsettled by this character, played by Tom Ellis. And for good reason, the actor also lends his features to Lucifer, so difficult to distinguish between the evil twins. Yet, in addition to Michael’s right shoulder, there are several things that set the brothers apart in Season 5 of Lucifer. In this regard, Michael’s injury should not remain a mystery for very long in the next episodes. As coshowrunneuse Ildy Modrovich teased to TV Line, “we will find out why he has it, this plot will be explored in depth”. A new theory relayed on Reddit suggests besides that it would have a link with the anger of Michael towards his brother. What if Lucifer was responsible for his brother’s shoulder injury?

According to the fan behind this theory, Lucifer would not ultimately have injured Michael in the right shoulder, but it is his angel wing that he would have damaged. The brothers certainly fought during Lucifer’s rebellion against God. In religious texts, Michael – as the right hand of the creator of the universe – would have beaten Lucifer, before the latter was banished from Heaven and condemned to reign in Hell eternally. But before being expelled from the City of Angels, Lucifer was able to deliver a final blow to Michael, intentionally damaging the very symbol of purity: his wings. It’s not hard to imagine Lucifer doing such a thing, considering he’s already sliced ​​off Michael’s face in Season 5 to keep him from cheating on those closest to him. If this idea will certainly be explored in the second part, discover without further delay the first extract of the musical episode of season 5 of Lucifer !