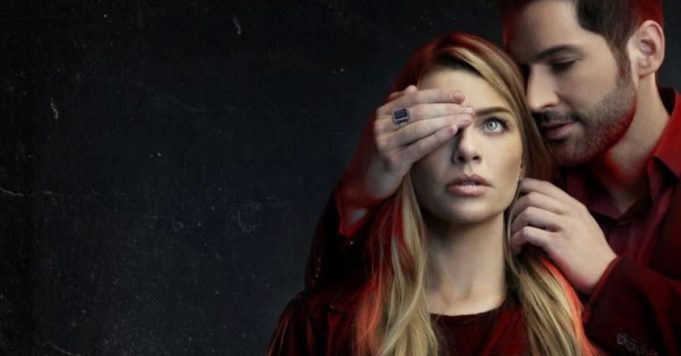 During the DC FanDome panel, the Lucifans were able to discover an extract of the musical episode of the second part of season 5 of Lucifer and it made their mouths water!

Lucifer fans devoured the first part of season 5 which aired last August 21 on Netflix. However, they are eagerly awaiting the continuation of the series. Episode 8 of this season 5 of Lucifer ended with a hell of a twist with the arrival of God on Earth which sealed the reunion between Lucifer and his father. However, the next episodes promise to be even more exciting including one in particular … Lucifer follows in the footsteps of many other series that have become musical for a special episode. The long-awaited second day of DC FanDome delivered a first look at the musical episode along with some exciting new details about Chloe.

Here is the direct link to the Lucifer panel: https://t.co/8MHaNAnEHq. DC FanDome is best experienced on a MAC or PC laptop or desktop computer via a recommended browser (Google Chrome 56 and above and Firefox 51 and above).

This excerpt from the musical episode of Lucifer wasn’t revealing what drove everyone into the song, but the LAPD team are at the scene where a football referee was murdered by a poisoned whistle. The cast jumps into an elaborate version of Queen’s “Another One Bites the Dust“, starting with Ella, then she is joined by Lucifer, Chloe, Dan and many dancers in the form of soccer players, cheerleaders and spectators. Lucifer is the only one who notices that Ella has suddenly started singing, and although he joins her, he is clearly confused about what happened at the end of the song, no one another didn’t seem to understand that something weird was brewing. In addition, there will be a moment of improvisation which was filmed and integrated into the episode, between Lauren German and Tom Ellis. You can discover the panel as well as the extract by clicking HERE. While waiting to learn more about this musical episode, find out when the filming of this part 2 of season 5 of Lucifer will start.