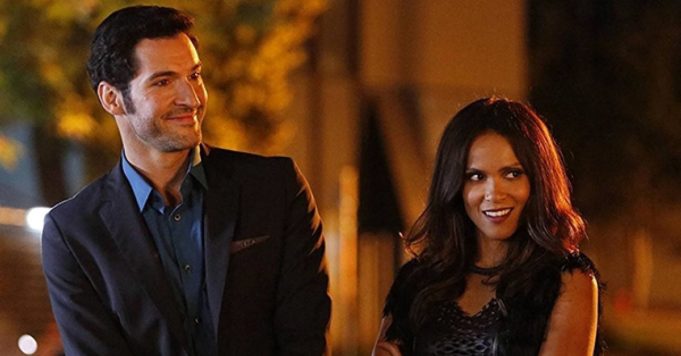 The showrunners unveil new details on part 2 of season 5 of Lucifer, expected soon on Netflix.

The first part of season 5 of Lucifer barely came out on Netflix that we already want to discover the rest! If it will be necessary to be patient before seeing the new episodes, the showrunners have enough to satisfy the curiosity of the fans by revealing the first details of the plot of the second part. Be careful, spoilers start here. As seen in the midseason finale, Lucifer again missed the chance to tell Chloe he loved her. Maybe that’s because he knows he can lose his powers at any time if he reveals his feelings to her in the Season 5 sequel to Lucifer. But was he really planning to finally tell her “I love you”? According to recent statements from showrunners interviewed by Entertainment Weekly, It’s not sure : “The first episode of Part 2 will focus on what Lucifer was going to say and what has changed since his Father arrived on Earth. The question is whether he will say ‘I love you’. to Chloe when the weather returns to its normal course or will the latest events disrupt everything “.

You understood it, while we really thought that the hour of the happy ending between Chloe and Lucifer had come, the Deckestar is confronted with new obstacles. Freshly landed, God should not make it easy for Lucifer, he who really tries to become a better man. If he is the creator of the universe, God will somehow be the main antagonist of the Devil in this sequel : “The antagonist is God, while at the same time being the person with whom Lucifer really wants to have a conversation. This is an important element because every time you introduce a new character, that one is not necessarily the big bad that he seems to be. He is the hero of his own story and simply finds himself in opposition to Lucifer. And in the case of God, there is no one that Lucifer wants to hit more and at the same time time to hug. He finally has the opportunity to speak directly to this person who has been so mysterious and so frustrating to him throughout his life. ” God will not be an antagonist in the true sense of the word, but will certainly put Lucifer in terrible turmoil …

We can already imagine a heated but very touching conversation between father and son! Moreover, the showrunners recommend taking out the handkerchiefs, because this second part will be one of the most moving in the history of the show: “Let’s say this second part is the most moving part of the whole series. The first part was already a little darker. There, the sequel will be both more optimistic but also darker. After all, it’s always more. dark before dawn “. Until you know more, you can still support the show Lucifer by designating him as the best in the World Cup series!