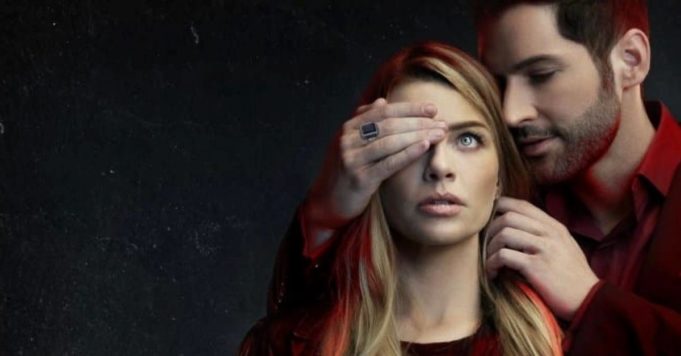 The first part of Lucifer season 5 leaves us with many unanswered questions, here are the ones that deserve answers!

Good news, the filming of the sequel to season 5 of Lucifer should not delay restarting! Enough to gradually get closer to the broadcast date of the new episodes, which will have to answer many questions that have remained unanswered. If we have now learned how Maze was abandoned by his mother Lilith and how Dan learned the truth about Lucifer’s identity, here are all the intrigues that are worth exploring in the second part of the season. We start with the mysterious coming of God in human form on Earth …

For what reasons does God come to Earth?

If God intervened during the cliffhanger of the first episodes of season 5 of Lucifer, it’s certainly not just to tell her kids to stop bickering. While he will certainly seek to reconcile Lucifer and Amenadiel with Michael, God certainly has not moved so far just for this reason. God probably has a plan. As we know, a family dinner is to be expected within the next episodes, what to expect exciting discussions between the members of the heavenly family. Perhaps he will explain to us in passing why hell does not have any guardian anymore, unless this unsuspected character is ruling the kingdom of Lucifer in season 5!

This is one of the worst things that the first part of the series revealed: Charlie, child half god, half human, would be a mortal being. Amenadiel is convinced of this for the time being, after Michael had of course sufficiently mounted his head about it. Nevertheless, the series Lucifer Usually has a lot of surprises in store for us, and maybe Charlie just needs to take a trip to heaven in season 5 of Lucifer for his heavenly powers to manifest … Amenadiel’s sister had felt something special in him, and baby Charlie laughed at seeing Lucifer’s evil face … If these elements may mean nothing, they foreshadow that the son of Linda and the angel Amenadiel is surely an immortal being!

What is Michael’s “terrible” plan?

The main antagonist of this first part of the season was Michael, Lucifer’s twin brother. If the latter did not hide his desire to want to steal the life of the Devil, his real plan could be much worse than that. This is also what several actors in the series have said and the characters could also have difficulty in detecting his real intentions. Yet right now Lucifer looks stronger and smarter than him. But Michael is smart: he could use his vulnerability to Chloe to reach him, but for what purpose, we do not know yet …

Why does Lucifer have such a hard time saying “I love you” to Chloe?

It’s been two seasons (or even five) that fans have been waiting for Lucifer to really declare his love for Chloe! If the inspector has already revealed his love to him in the fourth season, the Devil was preparing to return the favor to him in the last episodes to date. If Amenadiel intervened and it surely saved him the day, one wonders why he has such a hard time confessing his feelings to her. Maybe declaring his love to a human would make him a mortal man? A hypothesis difficult to imagine for Lucifer, he who was already living very badly because of having lost his mojo … We can not wait to know more about it!

Will Maze succeed in obtaining a soul?

Maze has hurt us a lot this season: she is sad, lonely and badly in her skin. While she still blames Lucifer for keeping the truth about her mother from her, the demon thinks that getting a soul would help her move forward. The problem is, it’s just impossible for people like him. How could she do it? After all, the series Lucifer has a habit of having a lot of surprises in store for us, so let’s hope that Maze can get a soul, moreover one of the characters of the series could help him in his quest during season 5 of Lucifer.

Will Linda confess the truth to her first biological daughter?

When Linda was a teenager, she had a baby girl. Too young to take on this role, she found no better solution than to have her adopted. If today she regrets her choice, she does not want to interfere in the life of Alexandra, now a beautiful and convincing real estate agent. But maybe Linda will feel pressured to have a discussion with her biological daughter in order to ease the weight of her guilt … Could they manage to create a mother-daughter bond over the years? This is obviously what we wish them, but while waiting to know more about the release of part 2 of season 5 of Lucifer sure Netflix, your mission is to vote for your favorite shows during the World Cup series by clicking HERE.