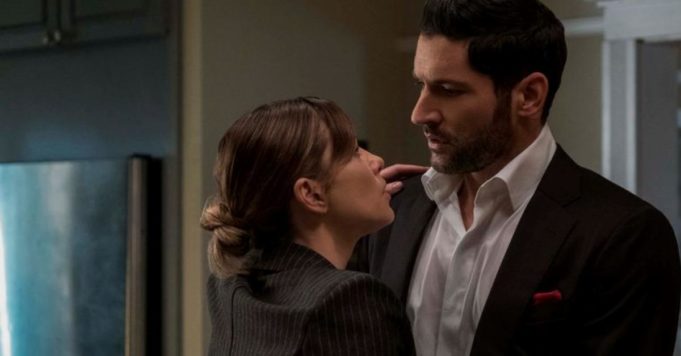 Long-awaited, touching or surprising, these couples from the small screen have put stars in our eyes this year!

Are you struggling to choose your favorite series among all those presented for the 2020 Series World Cup? We understand, there are many who have excited us this year. Some made us laugh, some made us shiver, some made us cry and then others made us vibrate with beautiful love stories and couples that make us dream. These are the ones we have chosen to celebrate today. Relationships that finally succeed, lovers who support and respect each other, lovers as crazy as each other or adorable LGBTQ + stories, here are the couples in the series that have marked us the most this year!

It was at the end of Lucifer season 4 that fans of the series finally got what they wanted: that Chloe and Lucifer declare their love for each other. But it was short lived since the devil had to go back to Hell, leaving his beauty behind. The reunion between the two cursed lovers in season 5 of Lucifer were therefore only more intense, overwhelming and complex. But one thing’s for sure, this couple, with their many ups and downs, are some of the best on the small screen right now.

Finding herself in the 60s, Vanya lost her memory, not remembering at all having caused the apocalypse in the present. But above all, she met love in the person of Sissy, an unhappy married woman in her marriage. A great bond and a very strong bond was created between them from the start and they ended up succumbing to their attraction. They were even ready to run away together despite the convenience of the time and it is a real proof of love. An LGBTQ + couple as touching as they are adorable.

Our favorite couple from the last season of Grey’s Anatomy? It’s definitely Amelia and Link. Derek Sheperd’s sister has had it all since joining the show, going through a lot of hardship and drama. But Link’s arrival in her life finally allowed her to find the happiness she deserved and the last episode of season 16 of Grey’s Anatomy made them of parents happy with the birth of their son, the couple finding themselves on a real cloud. And we hope it will last a long time!

And the title of the craziest and most psychopathic couple of the year goes to … Joe and Love in the series You, obviously! So far, these two have really found each other. They are as crazy as the other. From the start, they have been in love with a real passion for each other, those that consume you completely. But if we thought that discovering his dark side would scare Love away, the young woman turned out to be even crazier and bloodier than him, desperate to protect their love.

Another LGBTQ + couple who made us fall for this year is that of Omar and Ander in the series Elite. We feel that the love they have for each other is really sincere. He was put to the test last season, with Ander’s cancer leading him to close in on him and reject Omar. But Omar did not let go and even though there was a little infidelity, his feelings for Ander have not changed and he has remained present, supporting him, throughout. They even had their happy ending in the last episode, making us shed a little tear in the process.