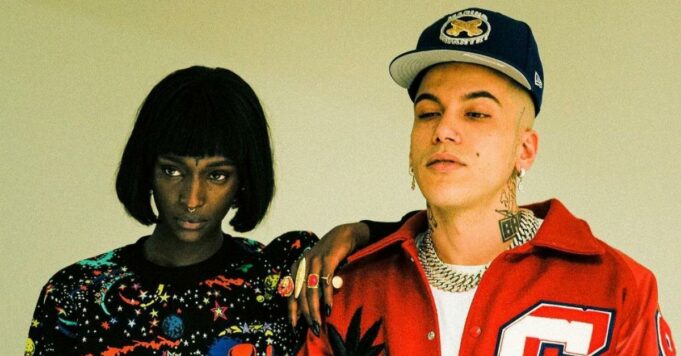 Lous and The Yakuza and Sferra Ebbasta have just unveiled their featuring “Je ne sais pas”.

You know at melty, we love the weekend because (as all music fans know) it rhymes with: new! We also announced on February 26 that Jul had unveiled his Free Album vol. 6 and in the process we even revealed the release date of part 2. And to wait until then, we now suggest you add a title to your weekend playlist. This is the new featuring Lous and The Yakuza and rapper Sfera Ebbasta: “I do not know”. We’ll let you listen to it just below if you haven’t already, and we’ll talk about it again later in this article.

So what did you think about it? We personally love this title! The production is both chill and rhythmic and the melancholic lyrics inevitably touch us. We also find that the two voice timbres of Lous and The Yakuza and Sfera Ebbasta blend together perfectly. In short, we are convinced! And there are two other artists whose voices also tie in wonderfully, they are Oboy and Jorja Smith who released a remix of Come Over. Indeed, the Parisian rapper took over the flagship title of the British singer and frankly, the result is canon. If you haven’t listened to it yet, we advise you to do so!