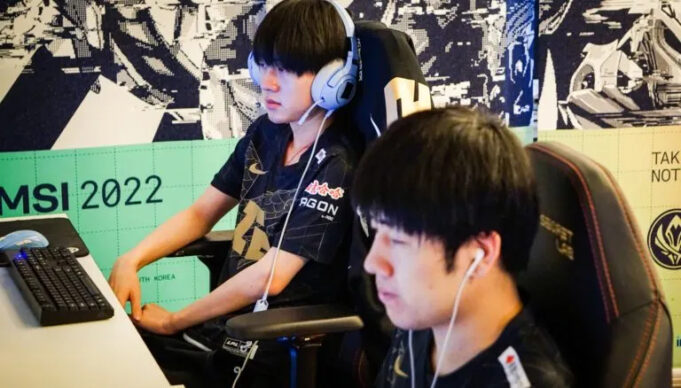 Latency issues affect MSI 2022, RNG will have to replay 3 matches

And if the lack of suspense within the MSI 2022 was not lacking, now the mid-season competition is faced with a significant latency problem recorded in the game logs of matches already played. These latency issues would have particularly affected teams playing from the city of Busan — including matches involving RNG. Three matches will be replayed next Sunday, May 15. For the time being, the Asian and European teams fly over the competition: just like RNG, T1, G2 are at the top of their respective pools.

Mandatory was no match for Karmine Corps in VRL France

It’s a one-sided match that the Karmine Corps offered us against Mandatory at the start of the week. Last Tuesday was the second day of the VRL France and this highly anticipated meeting, but the suspense was ultimately not in the game as the domination of the Kameto team remained unanswered. ZeratoR and his men could not make the weight and therefore sign a sad final score of 13-1.

It was without too much difficulty that the two teams, still undefeated, crossed the Challengers Stage of the Major of Antwerp at the end of its fourth day, last Wednesday. G2 Esports folded against Finland’s ENCE, while Vitality made short work of Russia’s forZe. Waiting to discover their next opponents during Round 4, so the launch is scheduled for May 14.

Bad buzz for FaZe1 Warehouse, the show of the Californian organization FaZe Clan: a wave of positive cases for COVID-19 has led to the outright cancellation of future livestreams of the event. The event will finally be resumed from zero – with the candidates having had to leave because of their diagnosis – without a date for a resumption, however. Prior to the launch of the show, several candidates had already had to give up their participation after being tested positive.