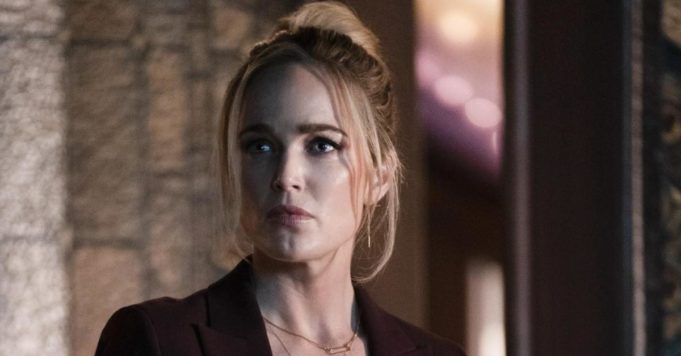 In the Season Finale of season 5 of Legends of Tomorrow, Sara Lance was kidnapped … How will the Legends deal with her absence in the next episodes?

The Legends will not be at the end of their sentences. After having experienced just about everything in the last five seasons of Legends of Tomorrow, the passengers of the Waverider are going to have to deal with the disappearance of their commander. In the Season Finale of season 5 of Legends of Tomorrow, Sara Lance has been kidnapped by aliens. Enemies still unknown to the Legends, they will have to redouble their efforts to save one of their own. But how will they manage to cope with Sara’s absence in this season 6 of Legends of Tomorrow ? Will the Legends find her from the first episodes and especially what do these aliens want in Sara?

After celebrating their victory against the Fates, Sara was teleported to a spaceship in the final minutes of the Season Finale. from season 5 of Legends of Tomorrow and that announces the worst for the future. Moreover, the showrunner Grainne Godree made some confidences during the DC Fandome event: “Well, I don’t know if we want to teaser too much, but I will say that with Sara being absent, it’s like the kids are going crazy. I feel like Sara is one of the fundamental influences on the show. The other could be Zari 1.0, but since she’s in a totem pole, everyone is going to go a little crazy in her absence. So we’ve really looked at that this season.. ”The next episodes of season 6 of Legends of Tomorrow should therefore be hilarious and thrilling with that touch of madness specific to the series!