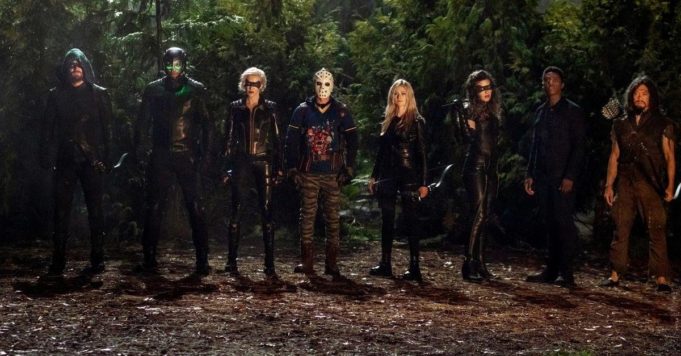 In the absence of Sara Lance, the Legends could consider using an Arrow character for the mission to find their captain in season 6 of Legends of Tomorrow!

The Season Finale of season 5 of Legends of Tomorrow was broadcast several days ago on the CW and as usual, it has set the season ahead! The captain of the Waverider, Sara Lance has been kidnapped by extraterrestrials … The identity of Sara’s kidnappers is still a mystery because she was teleported to a ship without the Legends realizing it in this Season Finale of season 5 of Legends of Tomorrow… With that in mind, the Legends will need expert help to track someone who could have been taken almost anywhere. With the former assassin missing, there is only one person who could help the Legends to bring her back and it is a character arrow. But then, season 6 of Legends of Tomorrow will she have a new recruit arrow ?

The person in the Arrowverse who has the most experience in monitoring Sara is the daughter of the demon and his former girlfriend, Nyssa al Ghul! The arrival of such a character in season 6 of Legends of Tomorrow could add spice to the series and thus create a new love triangle between Sara, Eva and Nyssa. One thing’s for sure, she turned out to be a fearless warrior in Arrow from its first appearance. The Al Ghuls have also proven to be knowledgeable about all things in the universe, and she may have valuable information about the aliens who kidnapped Sara. The addition of Katrina Law to the cast of Legends of Tomorrow would delight all fans arrow and would find this beloved character on the small screen. For the moment, no official information has been communicated on this subject, but while waiting to learn more, find out when the shooting of the Arrowverse series could resume.