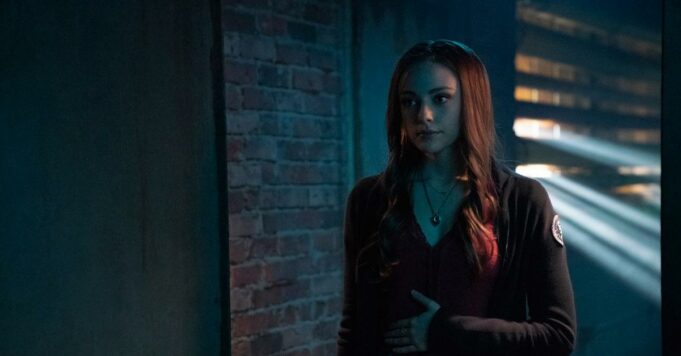 Last night, Episode 4 of Season 3 of Legacies aired on The CW. So it’s time to discover the promo video for episode 5 entitled “This is What It Takes”.

Episode 4 of Season 3 of Legacies aired last night on The CW and it should have served as Season Finale for Season 2, but the latter has been discontinued due to the coronavirus pandemic. So, Episode 4 ended with a huge twist. While Landon and Hope had succumbed to temptation and taken a new turn in their relationship, their happiness was very short-lived. After a little chat on the pillow, Landon started spitting up Malivore, which is black mud, and it gradually disintegrated into a thick puddle of mud. Will Hope succeed in saving him? The promo video for episode 5 of season 3 of Legacies gives us a little preview!

Episode 5 of Season 4 of Legacies promises to be exciting and should be overwhelming. As the promo video of “This is What It Takes”, Hope will do everything in her power to save her boyfriend from death. But this time, will she succeed? In addition, the synopsis of this episode 5 tells us that after the disappearance of one of theirs, Alaric suggests that Hope turn to the therapy box, which propels her into a twisted game set in a summer camp slasher movie.… Meanwhile, Lizzie’s attempt to spend time with MG doesn’t go as planned, and Josie makes a big decision about her future. Will she leave Salvatore School? While waiting for its release on February 18, find out if The Vampire Diaries will have the right to a revival.