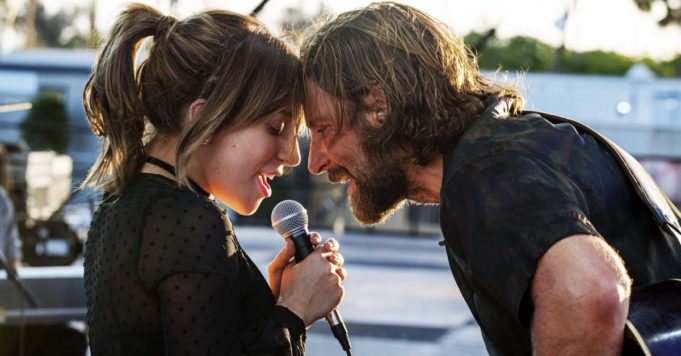 Real hit tube, “Shallow” by Lady Gaga and Bradley Cooper is not surprisingly one of the 10 most downloaded singles in the first half of 2019 in the United States!

Streaming is everything. This is what we might think by announcing that the double album by Nekfeu Les Etoiles vagabondes: expansion is already a double platinum disc in France. Boosted by a reissue, 16 new songs and prestigious featurings, the opus of Nekfeu has throne since its release at the top of the streaming rankings. On the other side of the Atlantic, the situation is slightly different. Maybe because it talks more than Lil Nas X, a 20-year-old rapper who was revealed to the general public by the TikTok music app. Very appreciated by the youngest, his country rap hits “Old Town Road” gave rise to remixes by Billy Ray Cyrus and Diplo. And as if that were not enough, to stay on top of the Billboard Hot 100, Lil Nas X has just unveiled a new remix on which we find Young Thug and Mason Ramsey!

And if we are talking to you today about Lil Nas X, it is obviously because the Nielsen Institute has just unveiled its semi-annual report as well as the ranking of the 10 most consumed songs digitally in the United States between January 4 and June 20, 2019. This ranking takes into account the sale of tracks (as on iTunes) which is combined with the audio streaming of said tracks (think Spotify , Deezer and Apple Music). Unsurprisingly, Lil Nas X is first in the ranking with “Old town road“and its 5.2 million copies sold. Post Malone and Swae Lee are in 2nd place with “Sunflower” and its 3.67 million sales. Ariana Grande wins with “7 Rings“and its 3.59 million sales. It is 3rd. In fourth position we find again Post Malone. Its”Wow.“found no less than 3.2 million takers. For his part, J. Cole is 5th with”Middle child“(2.8 million sales).

But they are not the only ones who can rub their hands. Halsey is 6th with “Without MeHis second single # 1 in the United States found 2.6 million takers in the given period. Meek Mill was able to shine with “Going Bad” (2.4 million sales). The unmissable Travis Scott is 8th with “Sicko Mode”, its hit tube sold another 2.083 million copies in the first half. In 9th position, we find unsurprisingly Ariana Grande. The planetary tube “Thank U, Next“reached more than 2.039 million Americans at the start of the year. With 12,000 copies less than its predecessor, “Shallow” by Lady Gaga and Bradley Cooper closes this ranking. Note that if “Shallow” is only 10th in the global ranking, the song has been downloaded more than all the other titles in the ranking except “Old town roadIn the rest of the music news, here are the 10 most popular hip-hop tracks in the first half of 2019 in the United States.