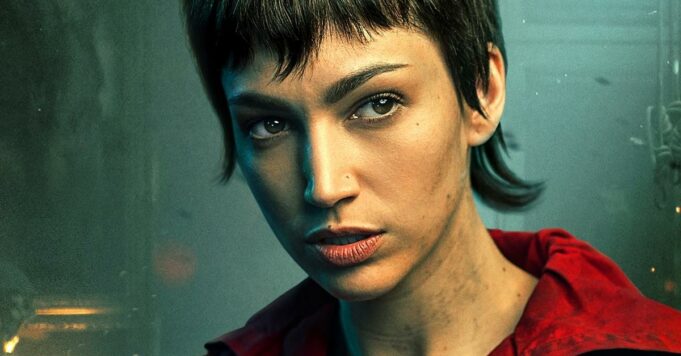 If the robbers had bet on this strategy, Tokyo might have survived in volume 1 of part 5 of La Casa de Papel.

The final episodes of La Casa de Papel will land this December 3 on Netflix and given the recent comments of the actors, this last part promises to make us go through all the emotions! It must be said that the spectators are already on the nerves since the death of our adored Tokyo, who sacrificed himself after being shot on numerous occasions by the soldiers of Sagasta. Based on the ultimate trailer for La Casa de Papel, she may have sacrificed herself in vain because two of the enemy members seem to have survived … Tokyo’s death could have been avoided if, in the heat of the moment, the robbers had opted for another strategy.

Indeed, before Tokyo died, we saw that Rio had succeeded in digging a hole connecting his room and the one in which the heroine was. If he was adorable to see them holding hands, he should have made sure to drop one or more grenades at the Sagasta team in conjunction with Tokyo. Even though she was already injured, having everyone else killed instantly would have allowed the other robbers to track down the criminal and potentially heal her.

Most of their weapons were in the kitchen, so it would have been a good idea to use them at the most convenient time. Of course, they didn’t have time to think about this option as they got shot from all sides. It should also be said that all the soldiers of Sagasta were dispersed in the room and it would have been necessary for Tokyo to bring them together for this plan to work.. This is obviously a speculation that will not change anything at the conclusion of volume 1, because the writers had planned to kill the heroine … What worries the fans now is that Lisbon may be next on the listing !