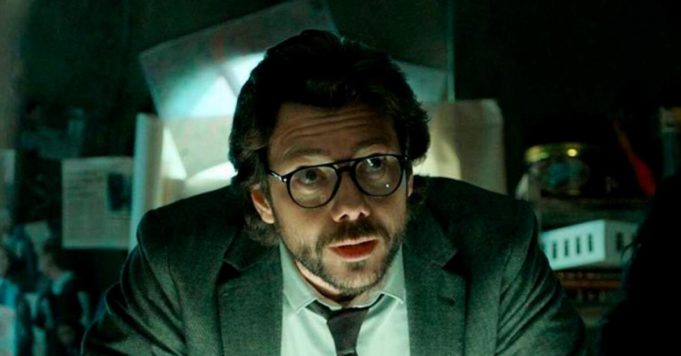 Netflix is ​​about to broadcast part 5 of La Casa de Papel, the show’s final season. Here is all it takes to make it excellent.

The more details we get about part 5 of La Casa de Papel, the more we think it is possible that Tokyo is the only survivor of the show. And for good reason, we know in particular that the past of the heroine will be explored in the course of the next episodes, in particular thanks to videos of filming in the company of her ex boyfriend who have leaked. Tokyo is also the voice-over for La Casa de Papel, and as the show’s creator has already explained, she “will be there until the end” to tell their story. Obviously, before arriving at this conclusion or another, La Casa de Papel (Netflix) will have to strive to offer us various thrilling plots, and here is what we would like to discover at all costs in the final chapter.

A new song to mark the spirits

Bella Ciao, Bella Ciao, Bella Ciao Ciao Ciao… (We know that you sang it in your head while reading these lines). It must be admitted, this music also contributed to the success of La Casa de Papel. Firstly, because she’s cool and on top of that, because she stays in the lead (sometimes too much, even). That is why teams should think about closing this series with equally captivating music., perhaps less joyful but just as symbolic depending on the events to come.

Real justice for the bad behavior of the police

If there is one thing one can remember about the Spanish police in La Casa de Papelis that all its members are rotten! With the exception of Raquel of course, even if it necessarily depends on the clan you’re in. The police did not hesitate to use abominable techniques to arrest The Professor and his gang – even kidnapping and torturing Rio in the Algerian desert – and those responsible must pay for their actions. Perhaps the rebellion of the Spanish population will force the top leaders to finally step in and punish the culprits!

Finally understand who Tatiana is and what her story is

It’s been several seasons that we have been teased with this beautiful redhead named Tatiana, who is officially the ex-wife of Berlin (one of them because the Don Juan would have had 5). The problem is, after they got married, we didn’t hear from her at all. While many fans thought she could actually be Alicia (a few years later), others suggest she would be his little sister. Either way, this plot deserves answers! Tatiana will certainly return in the current timeline, and the flashback scenes shot with Berlin should shed some light on what happened between the two protagonists.

A true tribute to Nairobi

RIP Nairo (yes, we are intimate). After making us believe that Nairobi had its chances of surviving within the Bank of Spain, it was finally the terrible Gandía who shot her down. If the criminals paid a short tribute to the robber by revealing her coffin to the Spanish population, it deserves more commemorations! As a bonus, let’s not forget that she now leaves behind her son Axel, what will become of him?

An end worthy of the name, whether sad or happy

What would piss us off more than anything else is that La Casa de Papel ends with a sloppy conclusion or with a free end to interpretations. Fans have been following the adventures of the Professor and his team for over 4 seasons, and it’s time to give us the end of the story.. Whether all the robbers die or end up free, full of money and having done a good deed for the Spanish country are two possible solutions, but also quite predictable. We hope to be surprised for this final chapter, which is already eagerly awaited by fans. To wait before its release, continue to vote for your favorite shows during the World Cup series.