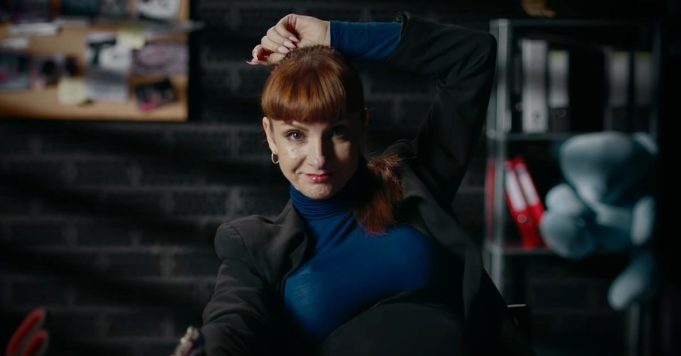 According to this theory, Alicia never intended to join the robber camp!

It was THE surprise of the final season of part 4! Alicia at bay, manages to find the Professor’s hiding place and disembarks to point the latter with a pistol. A huge cliffhanger of the same ilk as the previous season, when Sergio thought he heard his love Lisbon being taken down by the live police. It must be said that Alex Pina, the showrunner of the successful Spanish series on Netflix love playing with our nerves. Now fans of Casa de Papel wonder if Alicia will return her jacket and join the robbers in season 5. So much so that some even think that the future unborn child of the former investigator could be adopted by Professor himself.

However, even if this is a popular assumption on social networks, some fans are opposed to this idea. Indeed, on reddit a surfer named Sobertexts rejected the previous arguments en masse, declaring that it was impossible according to him that Alicia changed sides. “Why does everyone think she’s going to join the gang? I doubt the professor will let her do it“he started by indicating. Before adding:”It caused the death of Nairobi. It is a p **** n bitch untrustworthy. She is also pregnant, which is a disadvantage“For this fan, the fact that she is now a wanted criminal does not make her a desperate and manipulative person. The professor can therefore change nothing.

For him, Alicia only went to her hiding place in order to finish it off once and for all: “She thinks she can catch the Professor and thus help the police to catch up and find the good graces of the government”. A point of view shared by another Internet user who replied bluntly: “Sure! No one in the gang would be happy to hear that, especially Rio and Lisbon. Not to mention that it would be a direct insult to the memory of Nairobi. I would prefer that she shoots and / or kills the Professor rather than joining him. ” Especially that it would seem strange, to see disappointing that Alex Pina chooses the facility by copying the narrative arc of Lisbon (which joined the robbers after falling in love with Sergio at the end of season 2). What do you think ? Also discover this theory that robbers will have to give up gold to survive in part 5 of Casa de Papel.