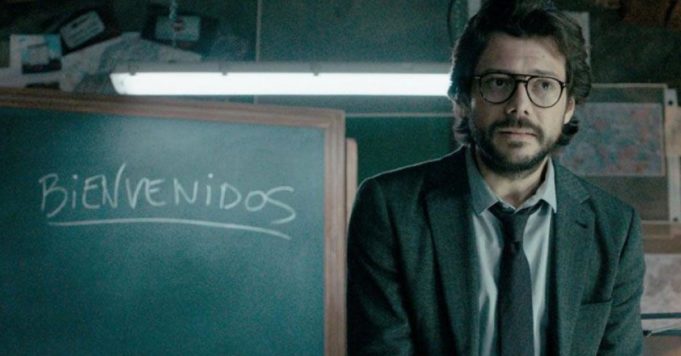 The centerpiece of the Professor’s plan has been before our eyes from the start!

Since Alex Pina teased the arrival of numerous killings in the final season of La Casa de Papel, fans are now wondering how El Profesor could succeed in saving the skin of the robbers. It must be said that after the enormous cliffhanger of the season finale of season 5, they have a slight doubt as to the possibility of seeing the series Netflix end with a happy happy ending. Worse, some serivores have even already theorized about the death of certain key figures such as Rio or Palermo. Yet, while all hope seems lost, it wouldn’t be surprising to suddenly discover the Professor’s miraculous plan. A ploy that could also be based on a centerpiece that no one had noticed until today!

Indeed, remember! In episode 7 of season 4, the Professor calls on the Serbian team led by Darko and that of Benjamin the father of Manila for the Paris plan. During this interview, Sergio, who shows politeness, turns to a man described as Polish whom he greets with a nod, calling him “Captain”. In our opinion, it would be mistaken for the captain of the boat seen when the robbers are sailing towards international waters in the previous season. Which therefore means (if our hypothesis is correct) that this enigmatic character appeared with El Profesor at two turning points in the series. From there, it’s easy to imagine that the latter could be the missing piece of the puzzle that Sergio imagined for the final shot.

A hypothesis that fits with the recent leak of photos from the shooting of season 5 of La Casa de Papel. In fact, in the pictures we can see Berlin alongside Tatiana driving a cruise ship with Marseille and the new recruit Patrick Criado on board. But it was above all the presence of Bogota dressed as a diver at the back that caught our attention. And for good reason, with this detail everything suggests that the seabed or simply the element of water in general could have a predominant place in the following. Imagining that a river or some watercourse connects the Bank of Spain to international waters, it is highly likely that the latter will then come and free the gang using his boat. What do you think ?