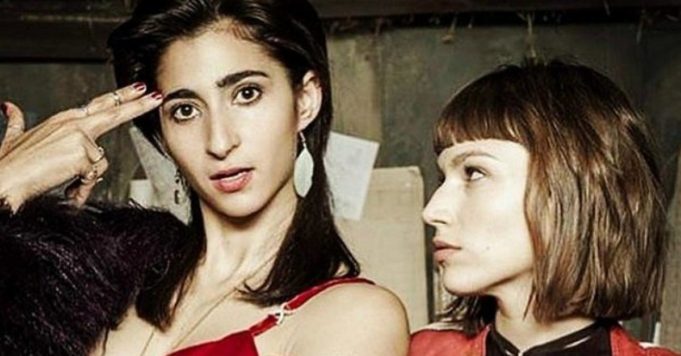 If Nairobi is back in part 5 of La Casa de Papel in the form of flashbacks, it will have to answer all these unanswered questions.

Watch out for the spoilers that will follow! The fourth part of La Casa de Papel on Netflix forced us to say goodbye to Nairobi, one of the fan favorite characters. If the heroine is definitely dead, Alba Flores evokes the potential return of Nairobi in part 5 of La Casa de Papel. Yes, good news for the fans, the criminal could return in the form of flashbacks, as was done with the late Berlin. And it is true that Nairobi left us suddenly, when it still had a lot to share with the band and the fans of the Spanish series. If she returns in the next episodes, here are the intrigues concerning Nairobi which deserve serious answers!

What happened to her axel son?

Her son was the subject of the cliffhanger in part 3, and yet we never heard of it in part four! If we do not yet know if it is an oversight or a scriptwriting choice, it is true that we would have liked to hear Nairobi pronounce its name at least once. In the previous season, Alicia Sierra used Axel to lure the criminal to the window to shoot him, and we don’t know what she did with the little boy afterwards. Is he with his father? Placed in foster care? Did he see what happened to his mother? If the robber returns in part 5, we could perhaps see her remember memories in her company, or else see her imagine all the beautiful projects she envisioned with her son … It is all well and good to want a Profesor baby, but Nairobi must not forget that she already has a child!

What will Lisbon’s reaction be when she learns that The Professor is going to give him a child?

It was still one of the biggest inconsistencies in part 4 of La Casa de Papel! Nairobi wants a child of the Professor (already weird), he accepts (even more bizarre), and nobody thinks it’s a good idea to warn Lisbon. Whether the heroine returns or not in the form of flashbacks, this plot deserves to be followed up. Fans are extremely curious to know how Raquel will learn and react to the news. The latter may feel betrayed, and not really understand what is going on behind her. Perhaps she will imagine that Sergio and Nairobi had sexual intercourse, while to our knowledge, the baby had to be done by artificial insemination. Part 5 may also allow us to better understand why the criminal wanted so much to have a baby from the gang leader …

What were Nairobi’s plans after the robbery?

Of course, his return in the form of flashbacks would also allow him to explore his plans for the future! We could also learn more about his past life, as was done with Berlin, who got married, had a controversial relationship with Palermo etc … It is true that apart from having a child, we do not has no idea about Nairobi’s life plans after the robbery. In which country did she want to live? With whom ? Did she want to make one of her dreams come true? So many questions to be answered later if Nairobi does us the honor of returning to part 5 of La Casa de Papel !