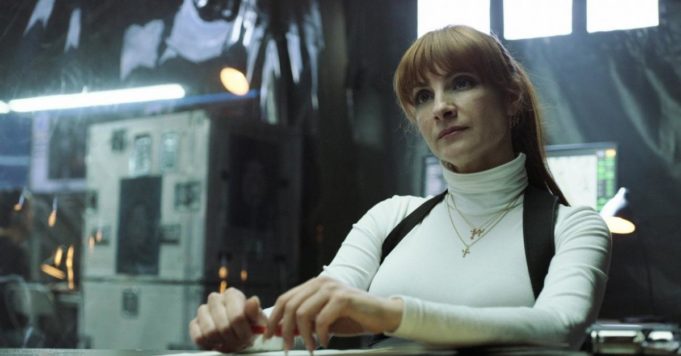 The link that Berlin and Alicia could have continues to tickle the curiosity of fans. What if part 5 of La Casa de Papel revealed that the inspector was one of his ex-wives?

If he died in the second season of the Spanish show, fans still hope for the return of Berlin in part 5 of Casa de Papel. If there is little chance that this will happen, the robber will certainly come back in the form of flashbacks, because one of the mysteries around his character is still not solved. The previous seasons of Casa de Papel showed us his emotional connection with Tatiana (with whom he married) and with Palermo (with whom he had a controversial relationship). However, since the inspector Alicia Sierra has landed in the series, fans are convinced that it has something to do with the criminal. If hallway noises wanted her to be an aged version of Tatiana or her sister, why wouldn’t Alicia be one of the former women of Berlin?

At the start of episode 8 of part 4, Berlin confessed to Palermo that they had married 5 times. “Do you think I don’t love you? I feel it too. There is something between us, something extraordinary, unique and wonderful. I know love. I got married five times. What I never told you is that none of these women allowed me to feel something similar to what I feel with you “, he said, right in the eyes. And if Berlin reveals that it is her fifth marriage, we only know the identity of Tatiana, his last wife.

And yet, when Berlin had one of the most unhealthy relationships it was with Ariadna Cascales in the second season, he told her that he was not married. Why was he divorced from Tatiana? The latter was however aware of the robbery of the Bank of Spain, so what happened in the meantime? Did she learn that he was sick? Perhaps one of his former wives has also been able to resurface, and it could be Alicia! The two women look very much alike, so it is entirely plausible that the criminal set his sights on these two redheads. Who knows, Alicia Sierra could have been mad with rage to see that Berlin replaced her and could have killed Tatiana out of revenge. This track is to be followed very closely and could be explored in the next episodes, but while waiting to learn more, the future of another flagship couple of Casa de Papel seems uncertain in part 5 on Netflix!