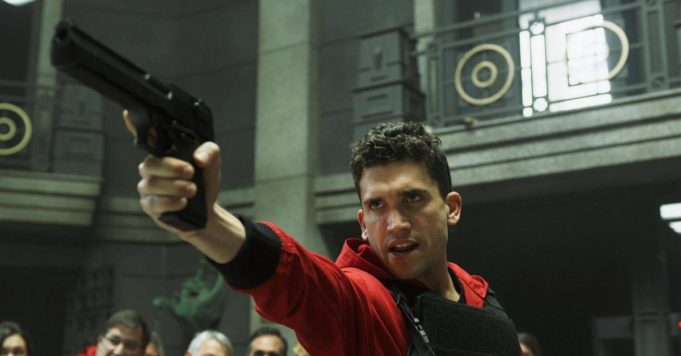 Ouch, a fan theory predicts Denver’s death in La Casa de Papel part 5, could he sacrifice himself for Stockholm?

The actors of the Spanish show are currently filming the final season of La Casa de Papel, expected soon on Netflix ! Aside from those recent videos suggesting that Tokyo would be recording flashback scenes alongside her ex-boyfriend in Part 5, we still have very little plot information for future episodes. Still, that doesn’t stop fans from theorizing about the sequel, and the latest guess is Denver. If she’s not very optimistic about the character’s future, the theory relayed on Reddit suggests that Denver will sacrifice themselves to save Monica within the first few episodes.

Based on little concrete evidence, this theory wants Denver to kill himself in order to give Monica “the life” he would have taken from her. Indeed, it is he who embarked this young hostage in this tumultuous life of roots, after the latter fell in love with the one who had kidnapped her. If their couple slowly drifted apart, Denver’s story arc would end heroically if Denver were to sacrifice himself to save his partner in a confrontation that turned sour. As the fan behind this theory notes, Denver once told Monica “that he was ready to take a pretty for her”, and for the latter, this affirmation will materialize in the next episodes. While this plotline is based purely on speculation right now, you can still vote for your favorite shows at the World Cup Series, it’s still less stressful than imagining Denver dying.