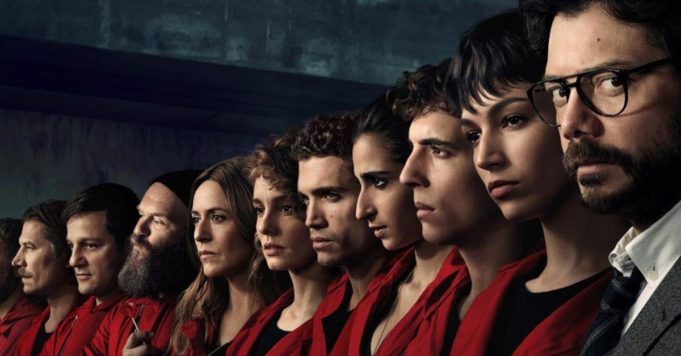 The creator of La Casa de Papel has just revealed why he chose the names of foreign cities for his criminals.

José Manuel Seda has just joined the cast of part 5 of La Casa de Papel. If we don’t know what role he was cast for, he might be lucky enough to get a foreign city name if he’s part of the Professor’s team. The problem is that we rarely consider this option, on the contrary, José Manuel Seda has a good chance of becoming its main enemy! Anyway, while Alex Pina is about to unveil his final season of the Spanish show – currently being filmed – the creator indulges in some confidences with the media. He recently revealed how he came up with the idea of ​​calling robbers by names of foreign cities., and as you will see, you don’t always have to look very far for inspiration.

In reality, Alex Pina had the idea to call the criminals Tokyo, Nairobi, Bogota, Rio etc thanks to … a T-shirt! He says more to the magazine Lifestyle : “We originally thought we were using the names of the planets. Then one day someone came up with a T-shirt with the word Tokyo on it and that’s how it all started to sprout in my head. if we had pursued the idea with the names of the planets: the heroes of La Casa de Papel would be called Uranus, Mercury and Jupiter! “. It would actually be quite funny, and not necessarily that easy to remember. Initially, the names of cities were also chosen in order to cover the tracks of the police: no robber wore that of his hometown. For example, Oslo and Helsinki are Serbian, but their code names represent the capitals of Norway and Finland respectively.. The method was only changed when Monica was given the acronym Stockholm, due to the love she had for her “captor”. It is always interesting to learn more about the premises of La Casa de Papel, a show that you can also support within the World Cup series competition.