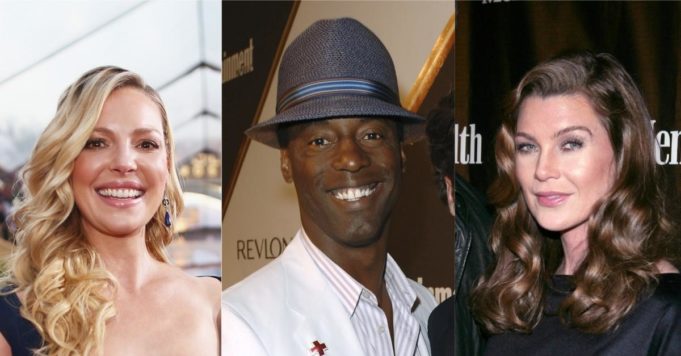 If Isaiah Washington has decided to rekindle tensions with Katherine Heigl, their co-star Ellen Pompeo has chosen her side.

When no one expected it, Isaiah Washington violently tackled his co-star Katherine Heigl on Twitter. To understand their conflict, we have to go back to 2007. At that time, the actor was accused of having made homophobic remarks against TR Knight who played the role of George O’Malley in Grey’s Anatomy. Outraged, the one who played Izzie Stevens therefore took the defense of the latter while criticizing his playing partner for his inappropriate statements. Subsequently, the interpreter of Preston Burke was fired from the series. A period that he has obviously not forgotten, evidenced by his recent sting at the actress. But what does the cast of the flagship show of the ABC ? Ellen Pompeo clearly seems to have chosen her side.

As you can see above, Ellen pompeo recently shared a gif of her and Katherine Heigl when she was still in Grey’s Anatomy. A gesture far from trivial and which did not fail to react on social networks. And for good reason, this image takes up a scene during which the character of Izzie intervenes in order to protect his colleague Meredith from Callie’s anger. Did Ellen Pompeo then want to send a message of support to Katherine Heigl? It sounds like it. For her part, the main concerned did not speak out on this new controversy, unlike her relatives. Indeed, the husband of Katherine Heigl took his defense against Isaiah Washington and did not hesitate to push the actor.