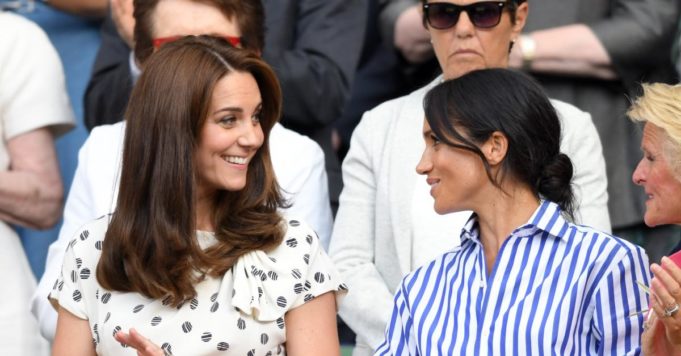 According to the confidences of royal experts, Kate Middleton was not at all interested in the idea of ​​meeting Meghan Markle. Quickly find out why!

We learn a little more every day. According to the revelations of royal experts Omid Scobie and Carolyn Durand, Meghan Markle, who would be ready to hide her second pregnancy because of criticism, did not receive a very warm welcome from Kate Middleton. And for good reason, the latter had not made the trip! In their book Finding Freedom published last August, the two authors revealed that the Duchess of Sussex first met Prince William in November 2016, before meeting his partner two months later. And according to the reporters, the Duchess of Cambridge was not really cheerful about learning more about the former American actress. “Kate showed little interest” can we read in the book.

According to someone close to Kate Middleton, Prince William’s wife had nothing personal against Meghan Markle: “The Duchess is just a very reserved person.” Omid Scobie and Carolyn Durand then specified that Charlotte’s mother, George and Louis have a small circle of friends and that she generally pays attention to the people she lets in as her relatives are the same as those present at her wedding. In the end, the two women’s relationship never evolved into a true friendship: “For Kate, they didn’t have much in common other than the fact that they lived in Kensington Palace.” Very sad statements. On the rumor side, Kate Middleton could divorce Prince William because he would have contacted his supposed mistress.