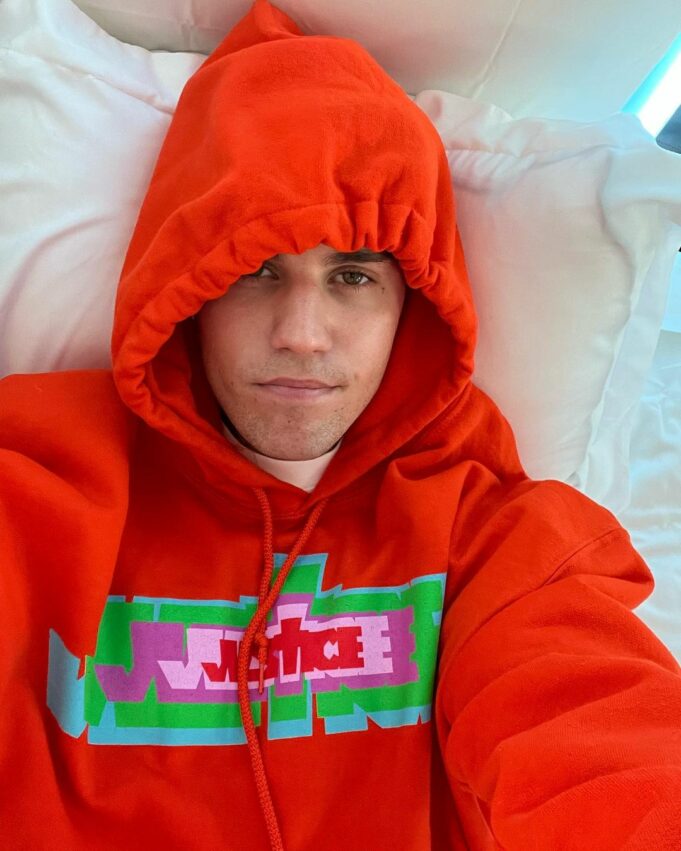 While he is on tour, Justin Bieber has offered a new unreleased title to his fans. I feel funny only lasts 76 seconds and is accompanied by a completely offbeat clip. We explain to you.

Since February 18, Justin Bieber has been on the road for his major North American tour. This Justice World Tour will also pass through Europe this summer. Before continuing its journey to Asia and in particular Japan next fall. French fans will have to wait until March 6 and 7, 2023 to cheer the singer at the Accor Arena in Paris. An ultra-loaded program in perspective for the interpreter of Baby. But that doesn’t stop him from always being inspired to create new music. In any case, this is what he has just proved by releasing an unreleased single. completely crazy.

This Friday, April 27, Justin Bieber has just released a brand new title, accompanied by a clip available on Youtube. As indicated by his name, I feel funny is completely off. In a rather rap register, this song has a very surprising characteristic: it only lasts 76 seconds! As for the clip, it would have been shot in a very short time as well. Justin Bieber appears there with a neon orange balaclava, dancing or ironing his shirts backstage. He happily sings the refrain that encourages don’t take yourself seriously : “I feel funny. I do, I do. Laugh it up, chuckles.”

It all started with a joke

According to Cole Bennett, the director of the clip, I feel funny would have been shot completely spontaneously: “Justin Bieber sent me this song one day and said, ‘Should we make a music video for it? This song is going straight to number one!’ We joked about it but never did. A few weeks later, we were taking a break from filming another music video. […] We had a little time before going from one scene to another. So I went up to him in his trailer and said, ‘Do you remember that song you sent me? Let’s shoot a video with my phone!’” A result which should therefore greatly amuse the fans !