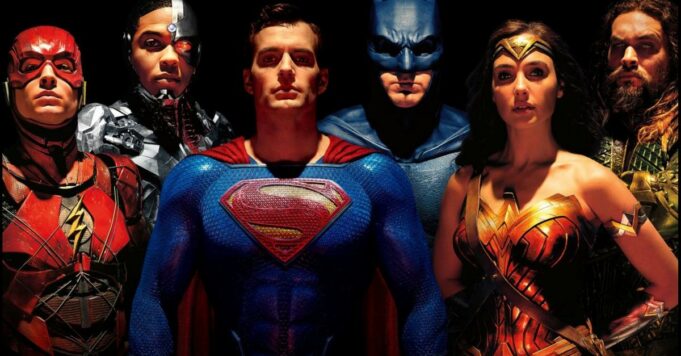 Several rumors about the conditions of the Justice League reshoots and the behavior of Joss Whedon seem not to be far from the truth.

During a long interview with Ray fisher, Cyborg in the DCEU, the media The Hollywood Reporter returned to the actor’s speech on social networks to denounce the behavior of Joss Whedon and certain decision-makers at Warner. An article which was also an opportunity to share new incriminating testimonies. One of them echoes an altercation between Gal Gadot and Joss Whedon while filming Justice League, during which the actress was reportedly threatened by the latter. One incident among many others which is reminiscent of the rumors relayed on the Web some time after the film’s release in 2017.

The list you can see above reports several issues that allegedly took place during the filming of Justice League with Joss Whedon. One of his rumors evokes the fact that several members of the cast have expressed reservations about the dialogues of their characters including Jeremy Irons, the interpreter of Alfred Pennyworth. Very unhappy, the latter would have decided to rewrite his text himself. Ray Fisher would also have shared his thoughts on the character of Cyborg, remarks very badly taken by Joss Whedon who would then have told him that he did not accept the comments of anyone, not even Robert Downey Jr. This last corridor noise can be considered as confirmed, since this incident was reported by Ray Fisher during his interview with The Hollywood Reporter. Also according to the list above, Ben Affleck would also have tried to convince the rest of the cast to leave the shooting, but without success.

The other rumors mostly concern Joss Whedon’s attitude towards Gal Gadot, and who also echoes the testimony relayed by The Hollywood Reporter. The director would indeed have behaved so reprehensibly towards the actress that he would have subsequently been forbidden to speak with a member of the cast without a representative of the studios being present. Gal Gadot and her understudy also reportedly refused to shoot the scene in which Flash lands with Wonder Woman’s face against Wonder Woman’s chest, leading Joss Whedon to threaten Wonder Woman’s career. He would also have threatened the career of Gal Gadot, and to interfere in the film Wonder Woman 1984 as he did with Justice League, if it did not record some line of dialogue.

These latest events were also relayed by one of the sources of The Hollywood Reporter. Gal Gadot has also previously confessed that he had a bad experience on the set of Justice League, and have settled the matter with the Warner. According to one of the sources of THR, Patty Jenkins, director of Wonder woman and Wonder Woman 1984, and she would have indeed spoken with some senior officials at Warner Bros., in order to prevent Joss Whedon’s threats from being carried out. For now, neither the Warner, nor Joss Whedon, nor even the members of the cast, apart from Ray Fisher, have confirmed these rumors. These are therefore only allegations and testimonies. Despite everything, this is far from the first time that Joss Whedon’s behavior has been singled out by people with whom he has worked.

The actors of the series Buffy the vampire slayer (of which he is the creator) supported the action of Ray Fisher, in turn sharing their traumatic experiences with their former showrunner. Michelle Trachtenberg, for example, confided that he had behaved inappropriately with her when she was only a teenager. While these are just allegations, it’s hard not to believe the rumors surrounding the filming of Justice League, so many testimonies flow and report the same facts. One thing seems certain, however, the story is far from over and new revelations will undoubtedly be made in the future. Joss Whedon is not the only one singled out in the Justice League 2017. This is also the case of Geoff Johns, producer and author at DC Comics and Warner Bros., who would have opposed the casting of a black actor in the role of Superman’s grandfather in series Krypton, role for which Regé-Jean Page would have auditioned.