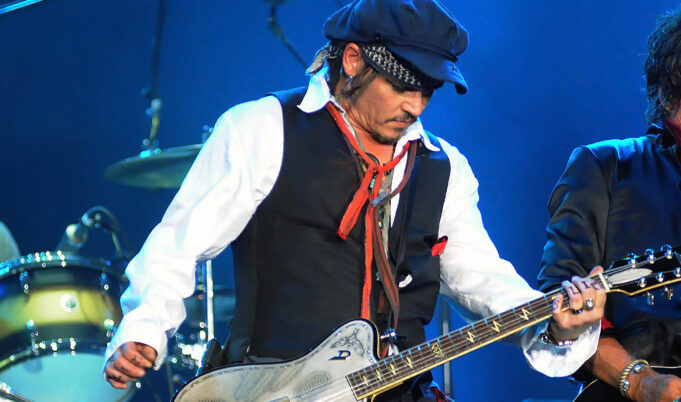 After his eventful trial, Johnny Depp can finally resume his artistic activities. He should even release an album soon, in duet with a great rock star. Explanations.

Johnny Depp has been in the news a lot lately… But it wasn’t necessarily for a good reason. Indeed, it was his trial against Amber Head that caused a lot of ink to flow. After long weeks of arm wrestling and several twists and turns, the verdict fell on 1er last June. The actress was judged guilty of defamation. She was also forced to pay $15 million in damages to her ex-husband. A real relief for the interpreter of Pirates of the Caribbean.

So it’s finally time for Johnny Depp to move forward again. Everyone hopes that he finds the camera as soon as possible. The actor is also announced in the next film by French director Maïwenn. He will play Louis XV, in a story dedicated to Jeanne du Barry, the king’s last mistress. But where Johnny Depp will surprise his fans is that he will soon also put on his musician costume ! A big guitar fan, the American actor has already played on stage or on record with other famous musicians. It was on the song Fade Away from the Oasis group, for example. But this time, the 58-year-old star is planning a new album for the month of July. And as a surprise never comes alone, he will be in duet with another rock star…

Johnny Depp in duet with a great guitarist

Indeed, on June 2, Johnny Depp was on the scene to accompany Jeff Beck to England. On this occasion, the famous rock guitarist revealed a nice piece of information to his audience: “Imet this guy [Johnny Depp] five years ago. And we haven’t stopped laughing since. In fact, we recorded an album. I don’t know how it happened. It will be released in July.” In 2020, the two men had already collaborated on a cover of John Lennon. This new album is therefore one to follow closely for rock fans. Especially since the former star guitarist of the Yardbirds will be on tour in France this summer… Will Johnny Depp be surprised to be present on stage with him?