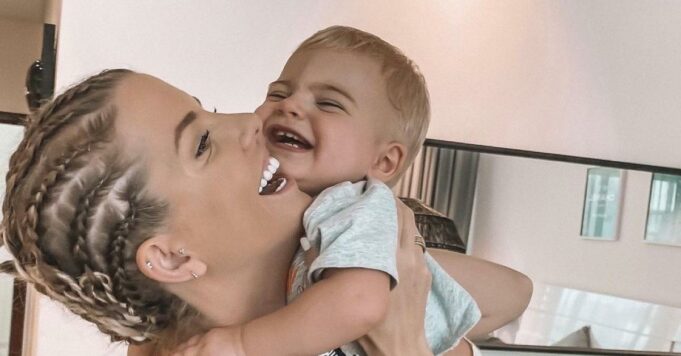 Jessica Thivenin, who is Maylone’s proud mother, has made a big decision regarding her son’s education.

While Jessica Thivenin is pregnant and at its worst, Maeva Ghennam made fun of her in this photo. It was during the filming of the show Les Marseillais in Dubai that the reality TV candidate announced on social networks that she was expecting a second child with her husband Thibault Garcia. But lack of luck, while she had been bedridden for her first pregnancy, she must again rest as much as possible in order to avoid finding herself in the same situation. To pass the time, the young woman confides a lot in her subscribers and this is how she explained to have made a big decision concerning the education of her son..

For little Maylone, watching television is out of the question! In his Instagram story, Jessica thivenin said on April 7, 2021: “There are a few people who tell me, ‘You should make Maylone watch a movie, a cartoon. No, no, no, no! My TV is always off. The Garcia family doesn’t watch TV. Maylone he will watch TV when he is 4/5 years old. Look at he plays, he is very well. After he is going to go for a walk outside with his daddy, he will play ball (…) No need for him to be lying in the couch with me to watch cartoons. It’s my decision “… That is what it says! Otherwise, would Jessica Thivenin and Thibault Garcia be about to separate? She made an update.

Credit: Instagram @jessicathivenin
Other files: The Marseillais in Dubai