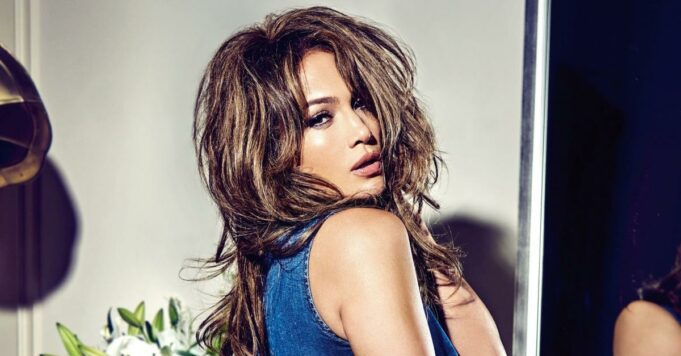 Yes, Jennifer Lopez does not sing in all of her songs! We tell you about it

Jennifer Lopez has been a hit for years and quickly became a benchmark in the music industry. With four Video Music Awards and two Grammy nominations, J.Lo is one of America’s most successful popstars. Her love life is also rather lively since Jennifer Lopez recently formalized her relationship with Ben Affleck. But the reality of his incredible career is quite different. Indeed, J.Lo arrives on the scene when R&B was in vogue. This musical genre requires voices with very particular vibes that Jennifer Lopez unfortunately did not have. To overcome this, his team has therefore implemented a strategy: Use the voice of other singers on some bits of his songs. She would use demos of songs that other artists had composed for her and just add her voice to them. We reveal all this to you and we also recommend the video from the YouTube channel MusicFeelings !

“If You Had My Love”

“If You Had My Love” is THE first single from Jennifer Lopez released in 1999. But it’s actually Shawnyette Harrell who sings the chorus of one of J.Lo. His voice is mixed with background vocals, but still.

“Play” is Jennifer Lopez’s second single. Yes but here it is, in reality Christina Milian, the companion of Matt Pokora who sings most of it. The singer is credited as the song’s author since she also wrote it, but that’s not much when you know that it’s her voice that is heard throughout the chorus. Moreover, we clearly notice the difference in tonality between the verses sung by J.Lo and the refrains interpreted by Christina Milian.

With “I’m Real”, Jennifer Lopez clearly tried to win over a more urban audience. Ashanti, not yet known at the time, wrote the song and recorded the demo for J.Lo. Ashanti was credited for background vocals but not as much of a co-author. Except that she is not only present in the background voices! All her vocals have been preserved in the final version and it is she who is heard on the chorus and not Jennifer Lopez. History repeats itself on the track too “Ain’t it funny”.

“Jenny from the Block”

“Jenny from the Block” it’s a bit like Jennifer Lopez’s hymn. Except that once again, she’s not the one you hear singing for most of the song. It is actually the voice of Natasha Ramos, one of Pharell Williams’ proteges at the time, that can be heard on the chorus and on the bridge. Jennifer Lopez’s only involvement on this passage is her addition of “From the Bronx”, But that’s about all. By the way, Natasha Ramos sang on most of the songs from J.Lo’s third album, This Is Me… Then. For example “Loving you”, it’s still her. Eh yes…

“Ryde or Die” is a track written by singer and actress Brandy Norwood and was originally scheduled to appear on her album Aphrodisiac. Finally, the song was given to Jennifer Lopez for her opus. Rebirth but Brandy’s voice is still present on the chorus and the backing vocals. Yep, J.Lo was so busy that she didn’t have time to re-record it … This list of songs is non-exhaustive and it is rumored that many other Jennifer Lopez flagship titles are in fact sung by someone else. Nevertheless, since around 2009, the interpreter of “On The Floor” no longer uses this kind of practice. With the new era of pop music, everything is self-tuned today. Moreover, the singer recently made her comeback with a new single. “Change the Step” in collaboration with Rauw Alejandro. And we promise you, this time it’s her who sings!